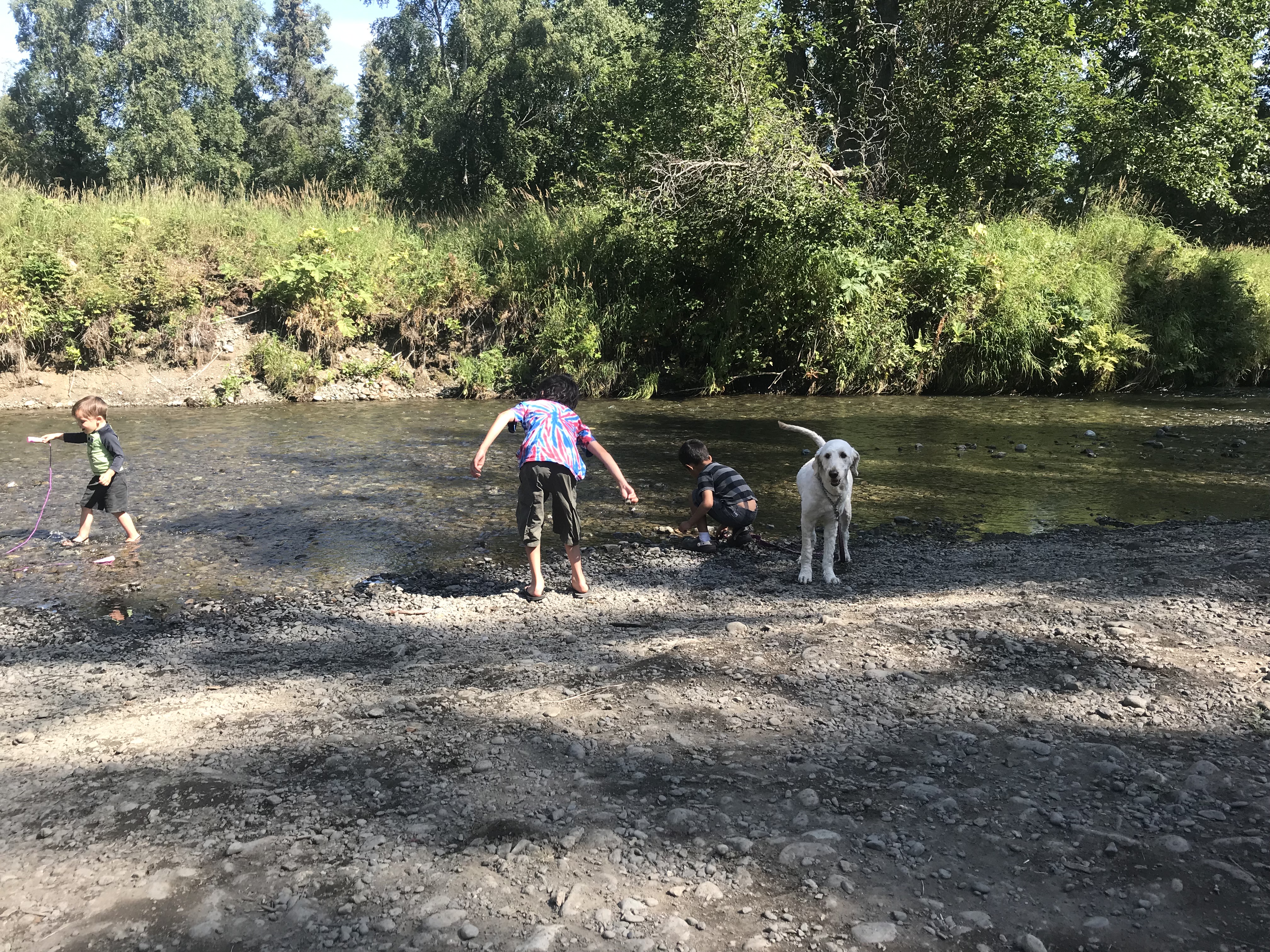 We started off the month on our trip to Oregon and Washington. 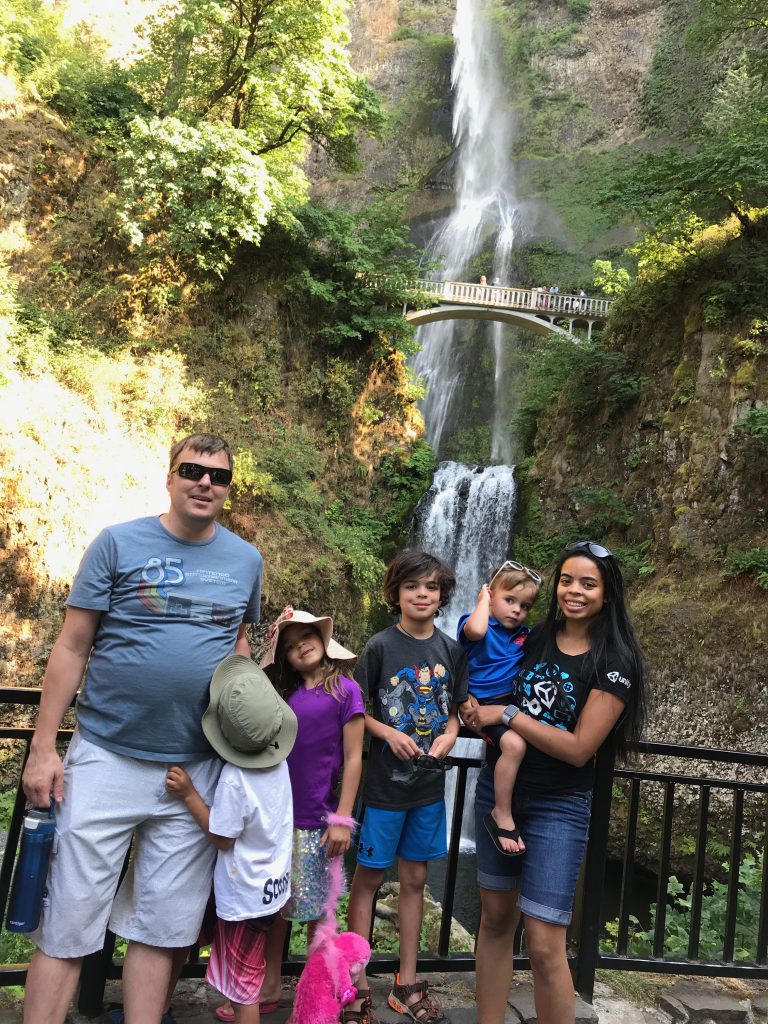 When we got back the weather was still so nice. The kids and I had an easy day playing at Campbell Creek Science Center. 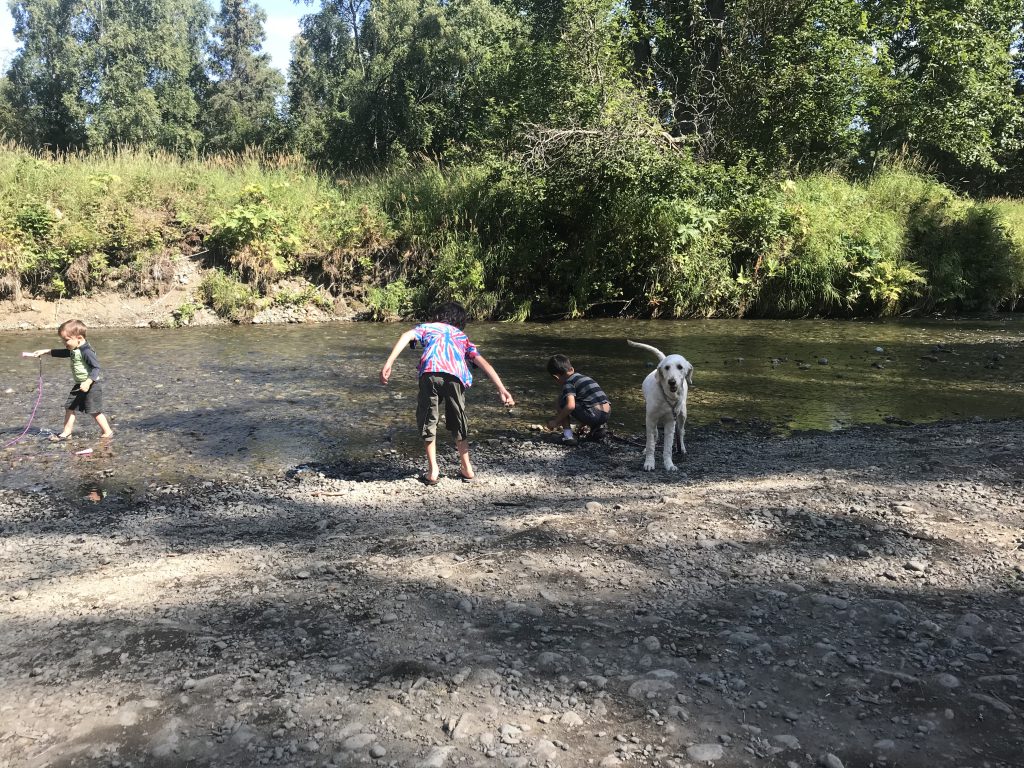 We went on an evening bike ride with Aubrey’s family. Valley of the Moon to Westchester again, but it’s so perfect for the stage my kids are in right now. My bike is still malfunctioning. We need to get me a new bike. 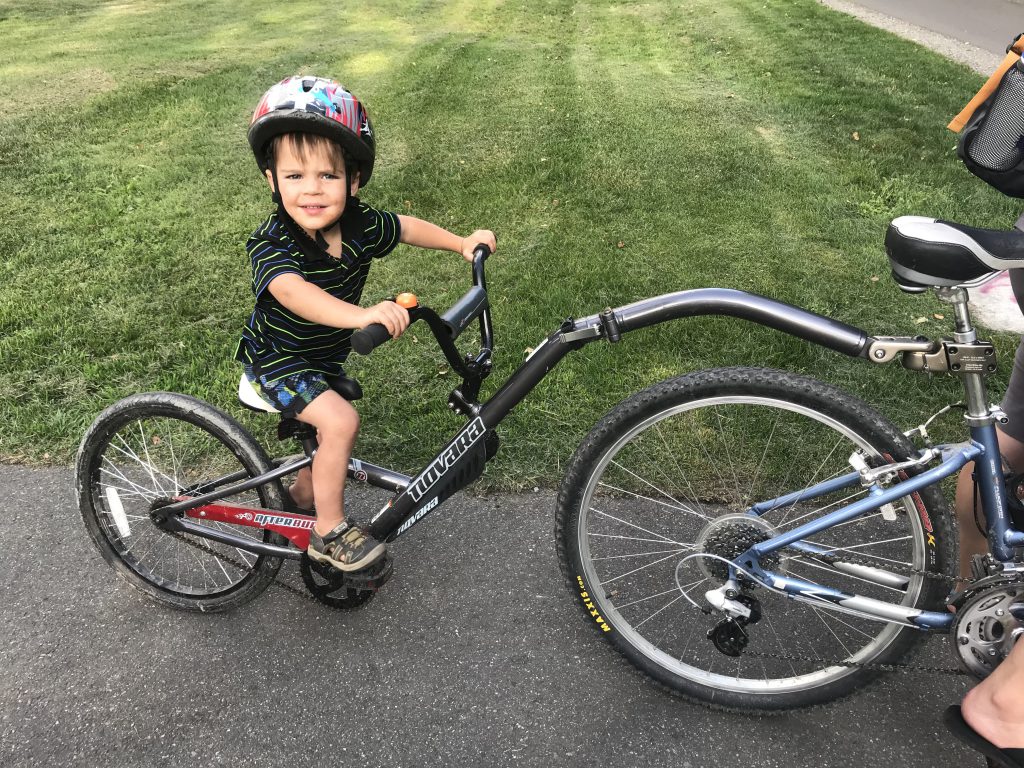 Thomas, Kaiya, and I participated in a Flash Mob by UDC. We had to be stealthy, and didn’t get pictures there but took one before we left. 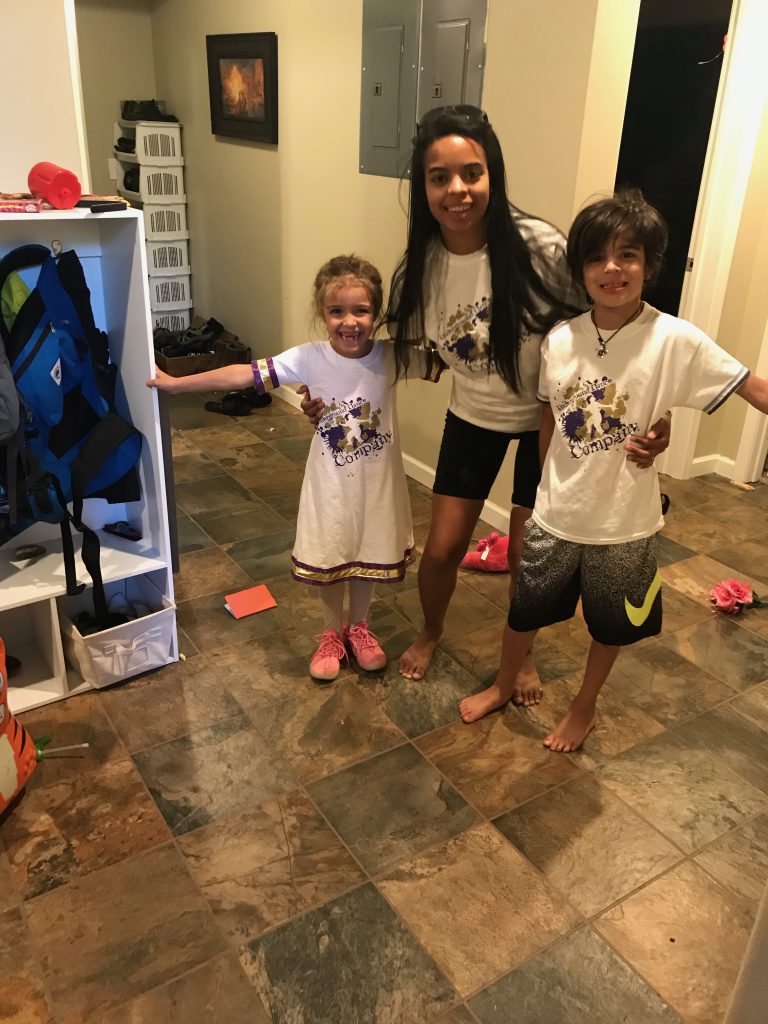 We went on a road trip to Denali and our big activity was riding in horse-drawn wagons. 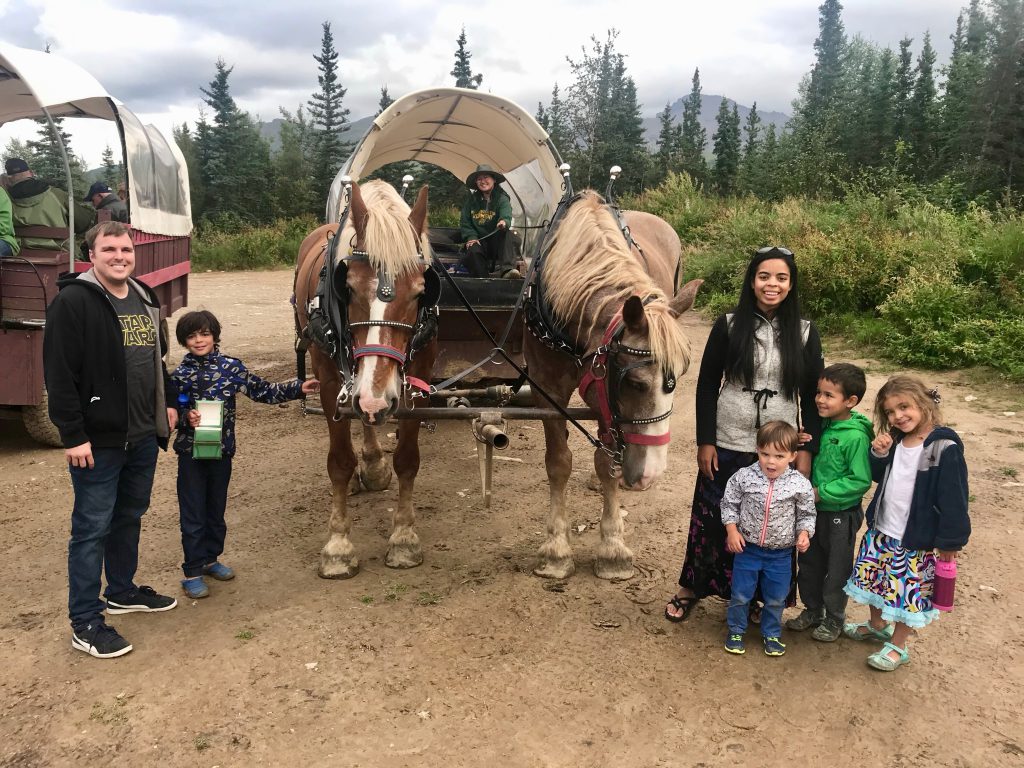 And restocked Thomas’ vending machine many times. So far it is a success. 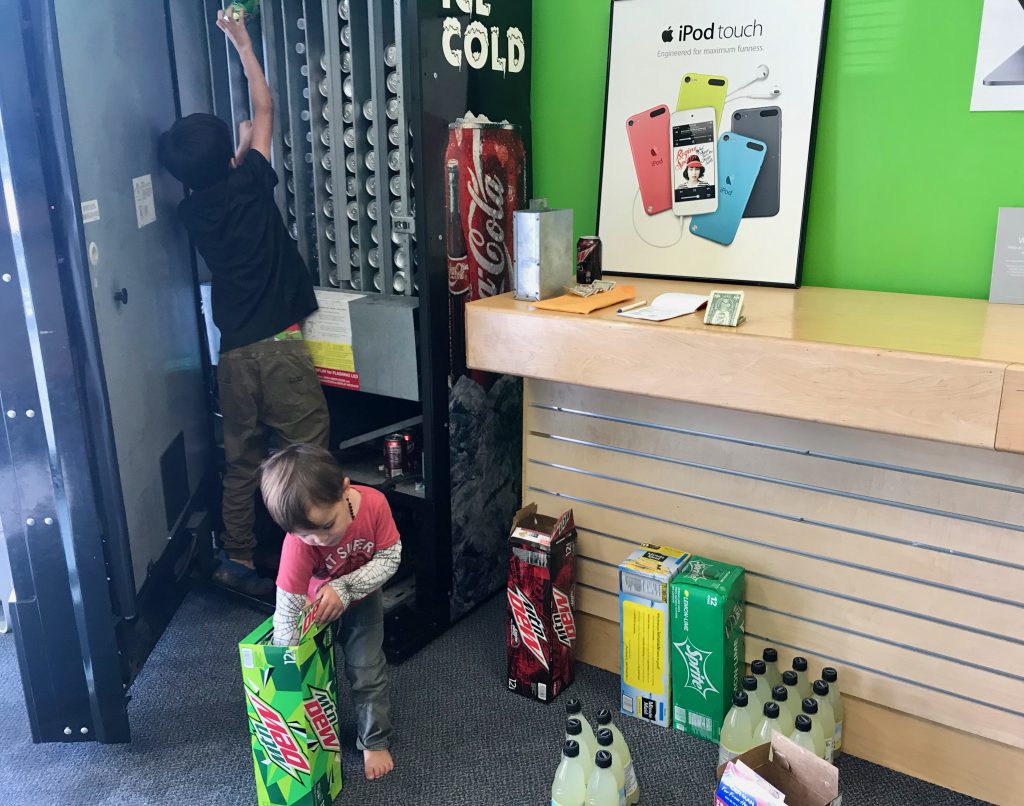 Thomas and Kaiya got new haircuts for school. 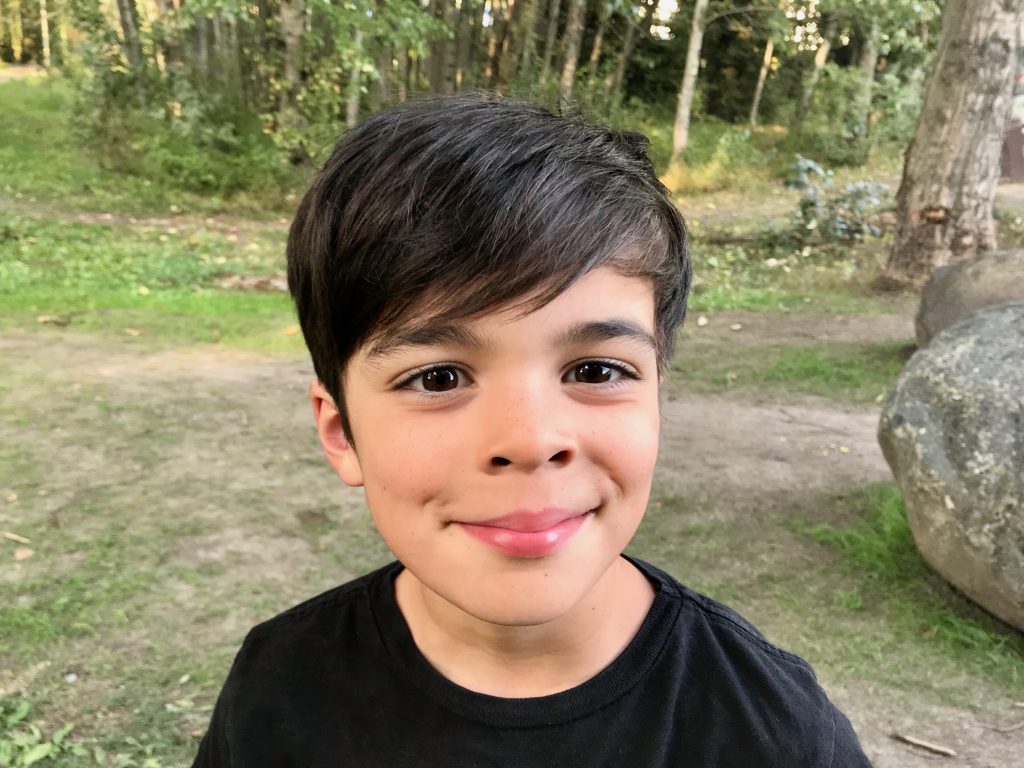 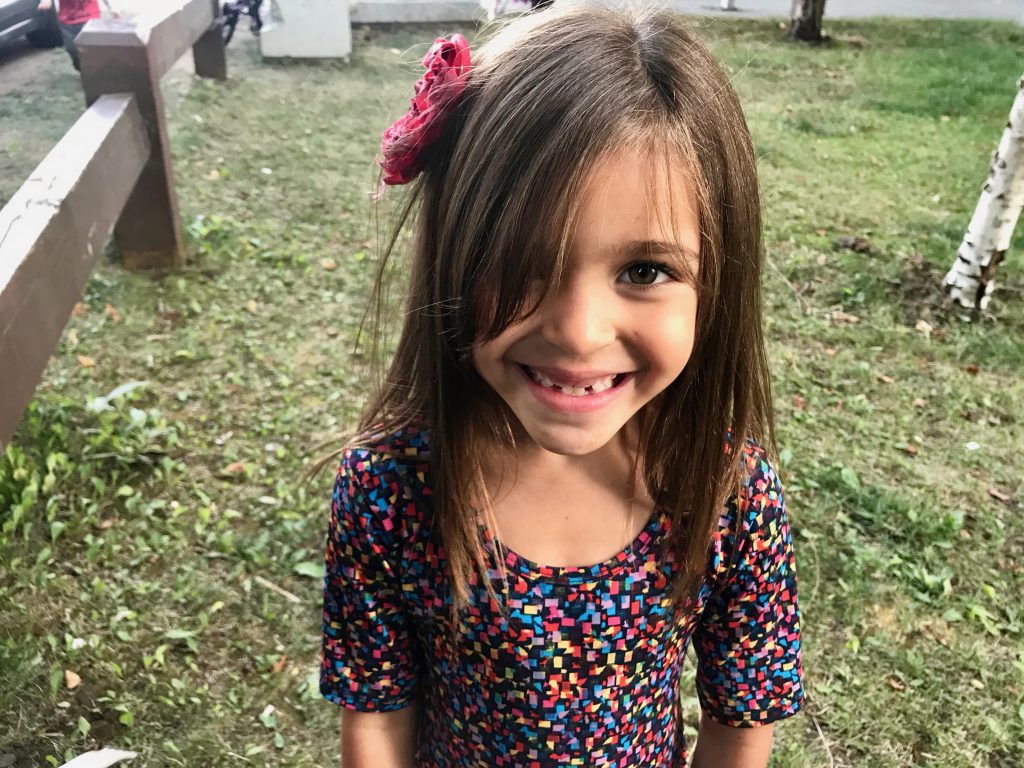 We scored a new bike for Thomas at a thrift store and went for a bike ride for Family Night. This beautiful summer just kept coming. 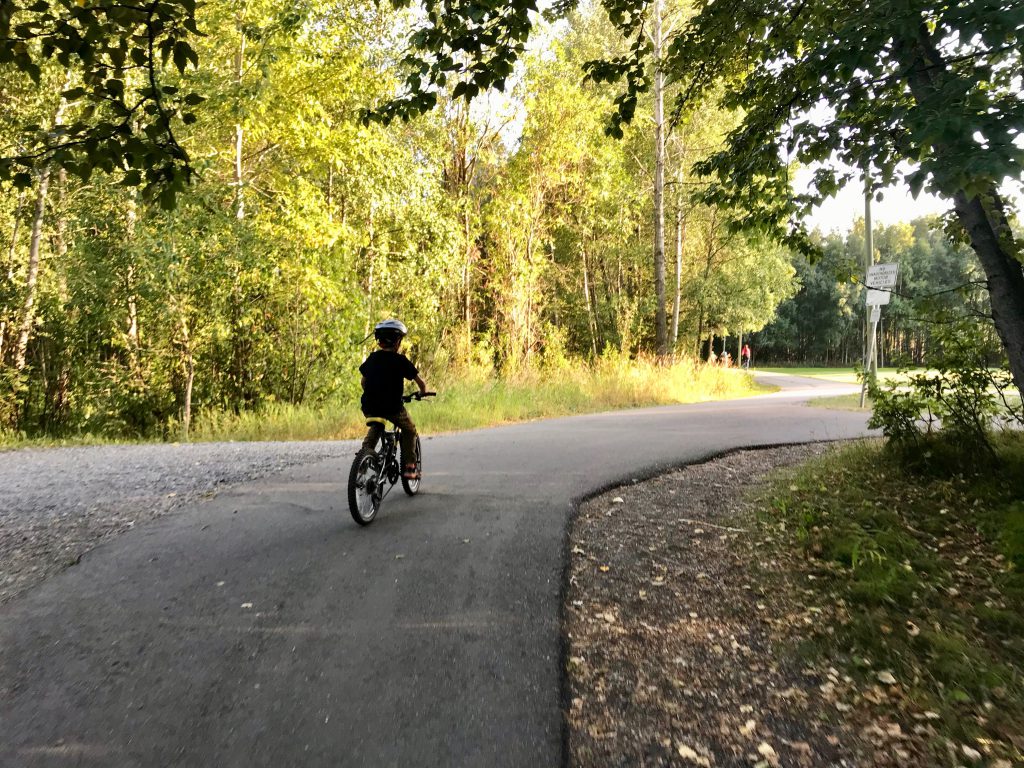 And I accidentally drove out of the garage door with the falcon wings up. They won’t open or close now… 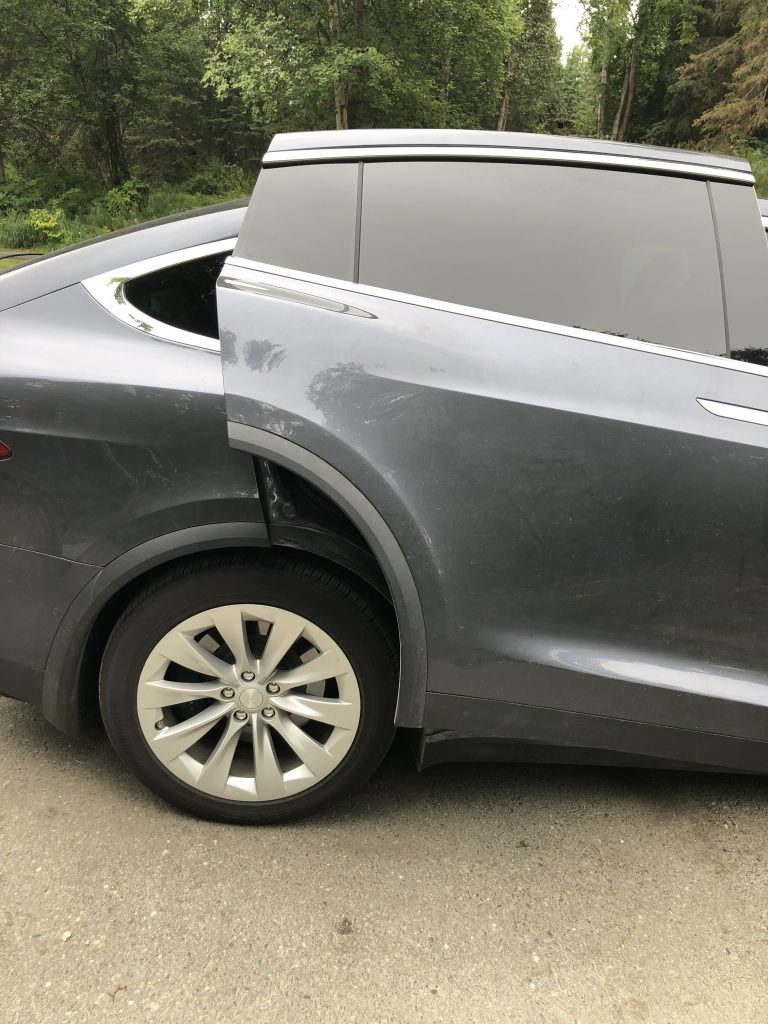 James definitely took it harder than me. Thomas did ask if we were going to get a divorce since I broke Dad’s car. I was 95% confident the answer was no… Just kidding, Dear. 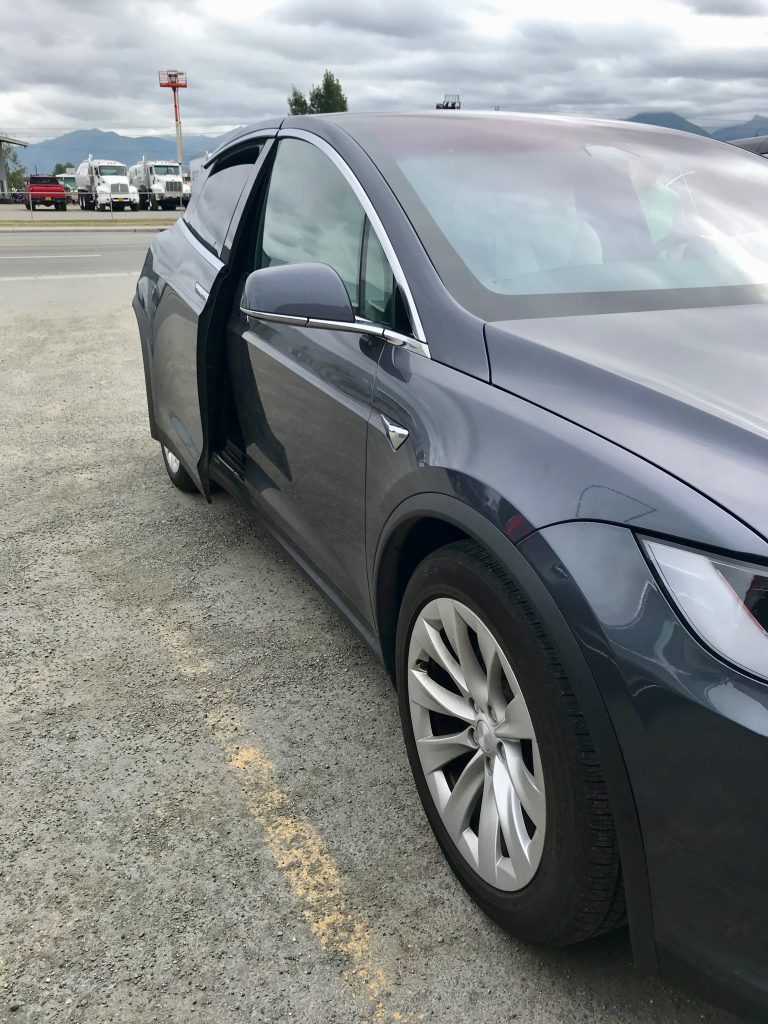 Kaiya decided she can probably potty train Stuart better than I can. She has made her own curriculum and has been sitting down with him for one-on-one tutoring. 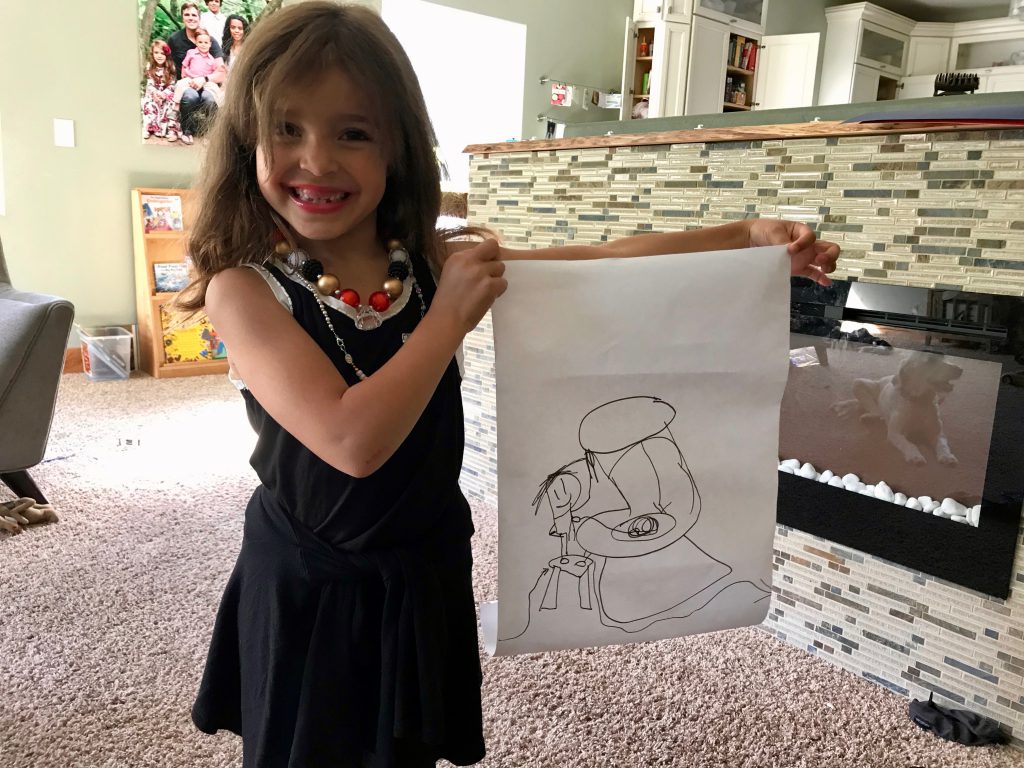 We went to Camp Ladasa to squeeze in our last bit of summer the weekend before school started. 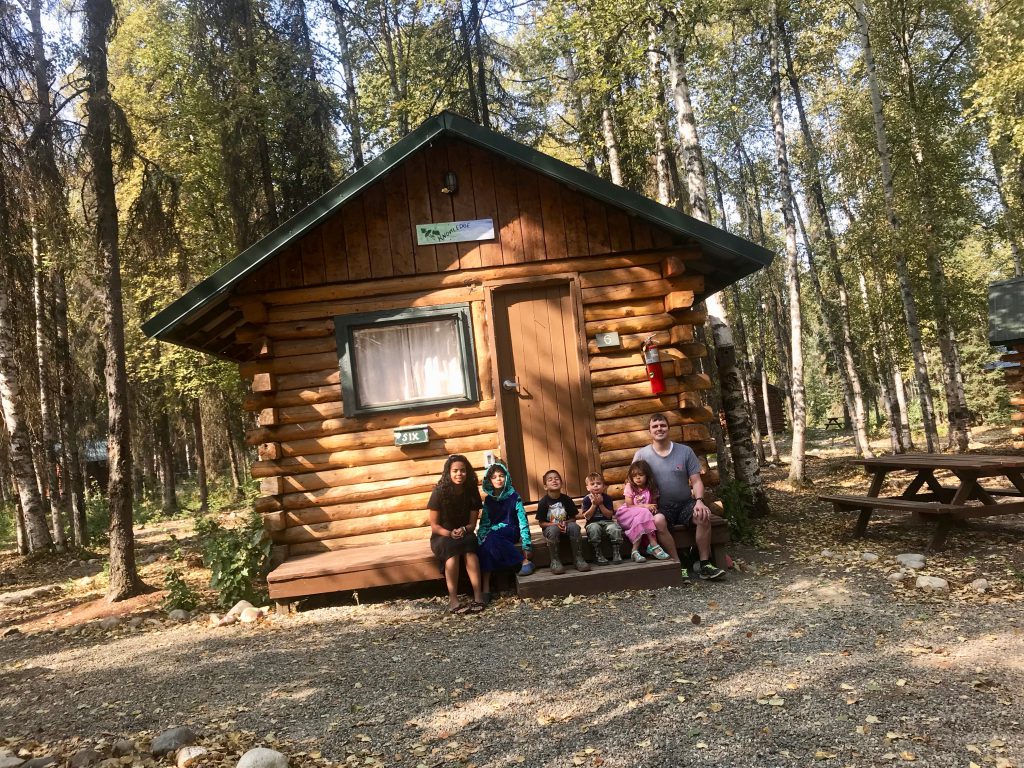 And the kids started school. 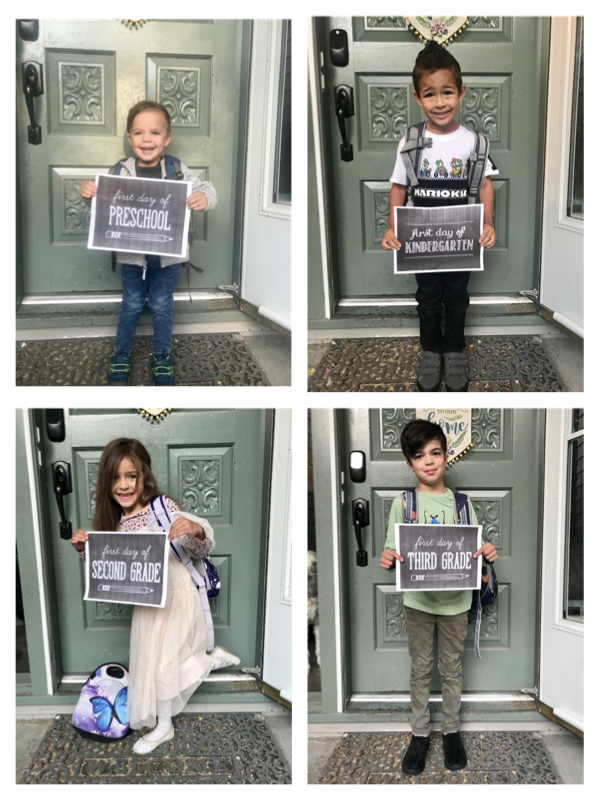 The police station had a moving party, so we went. We got to see what happens to an unbuckled passenger in a rollover accident. 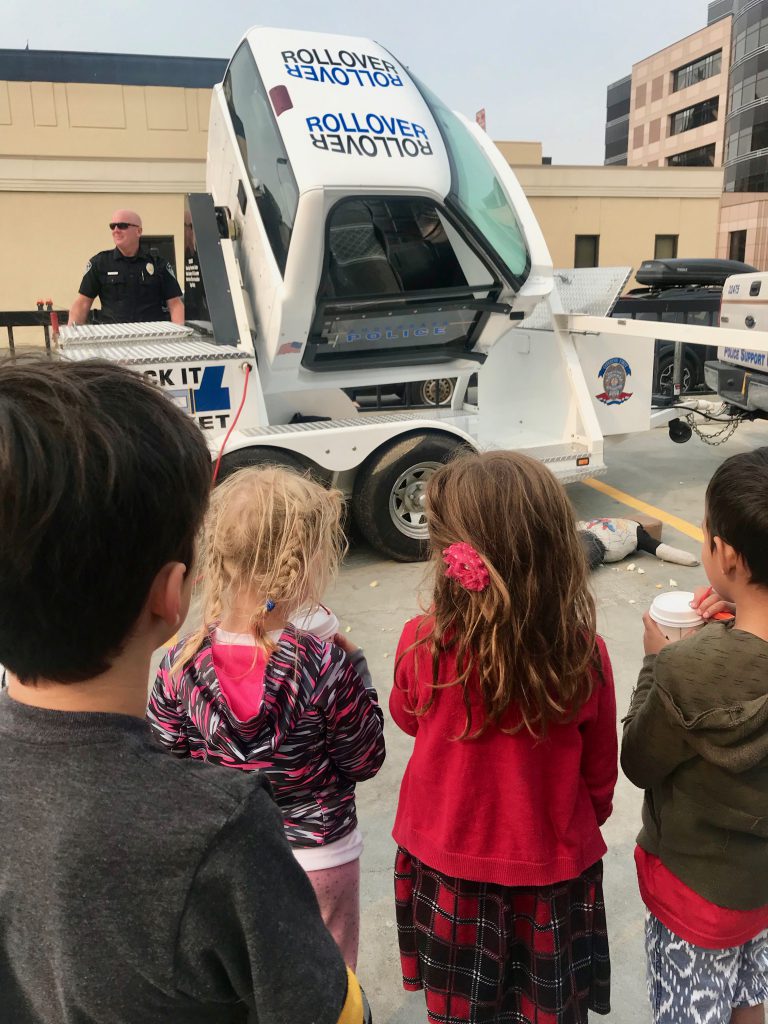 And got to sit in police vehicles including this SWAT truck. 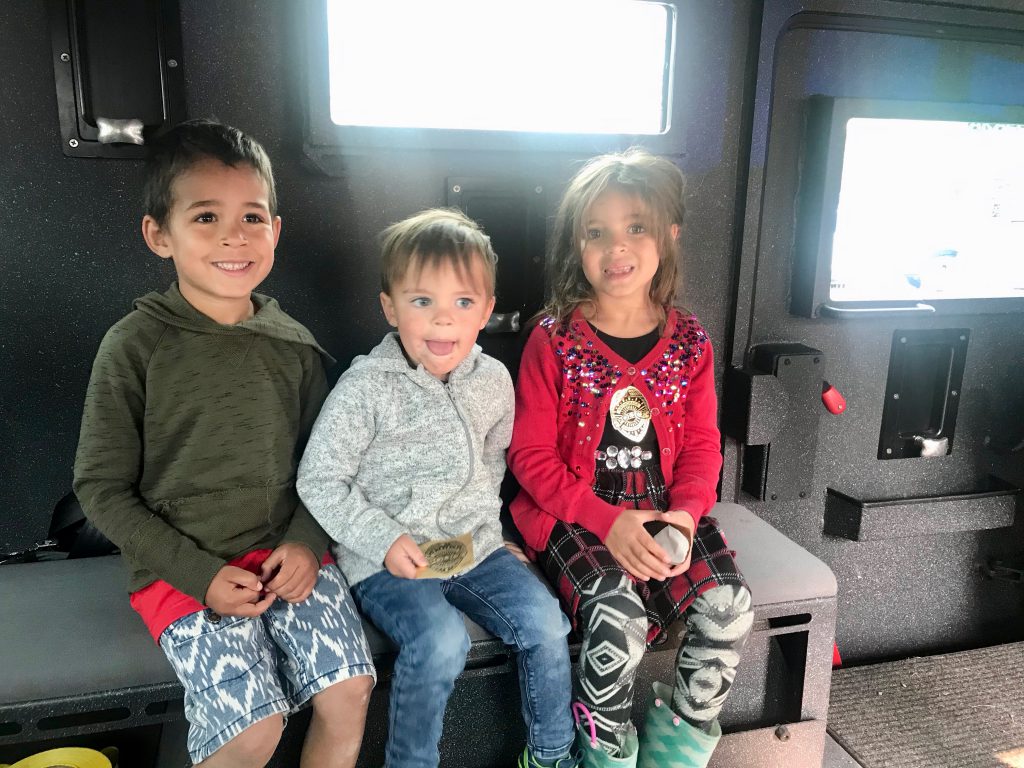 Stuart was so tired on his first day of school I found him like this at 4pm. 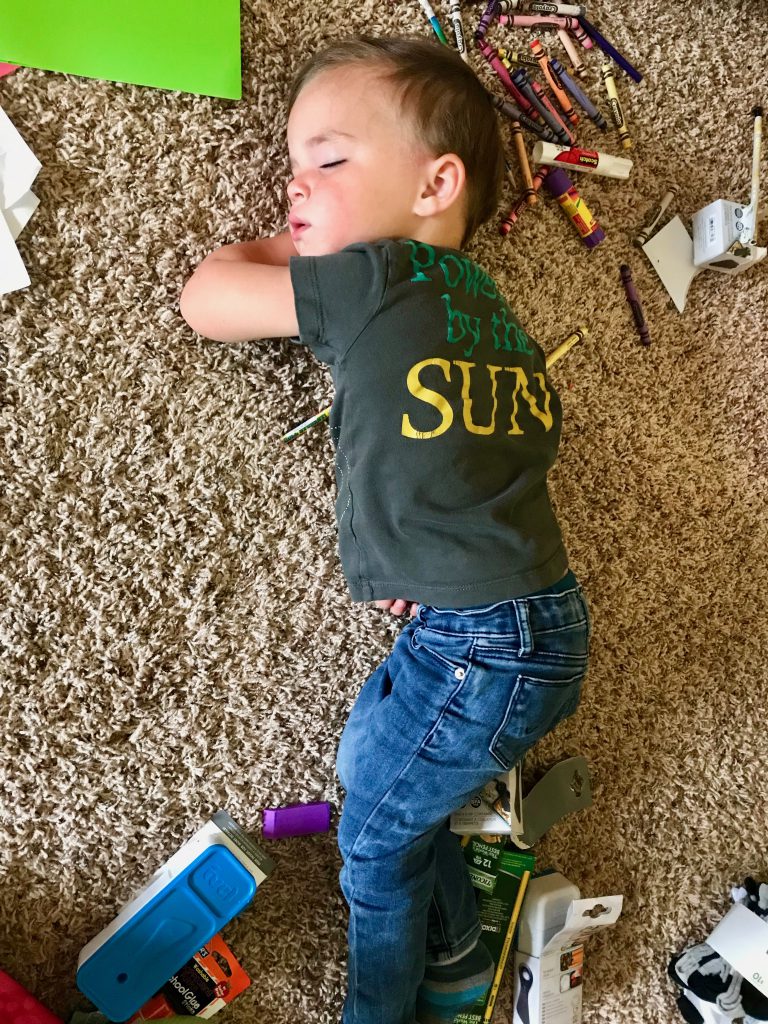 We have an out-of-control wasp nest James has been trying to tackle. He got stung on his first attempt so went out more prepared this time. 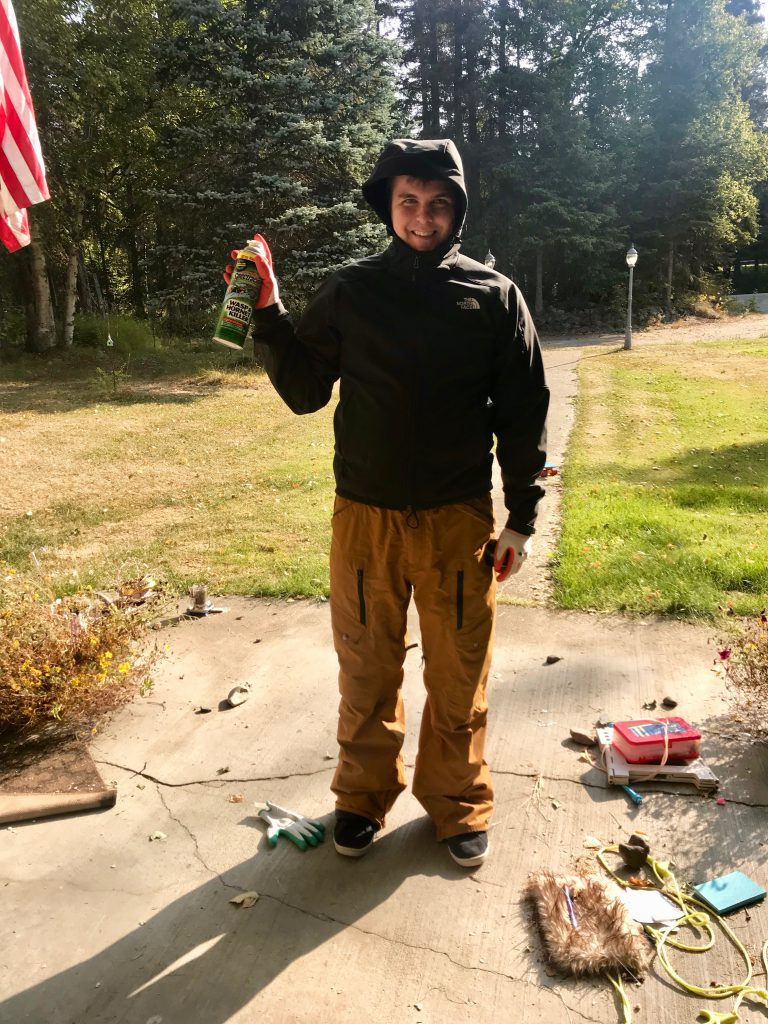 Grandma flew in and hung out for the weekend. 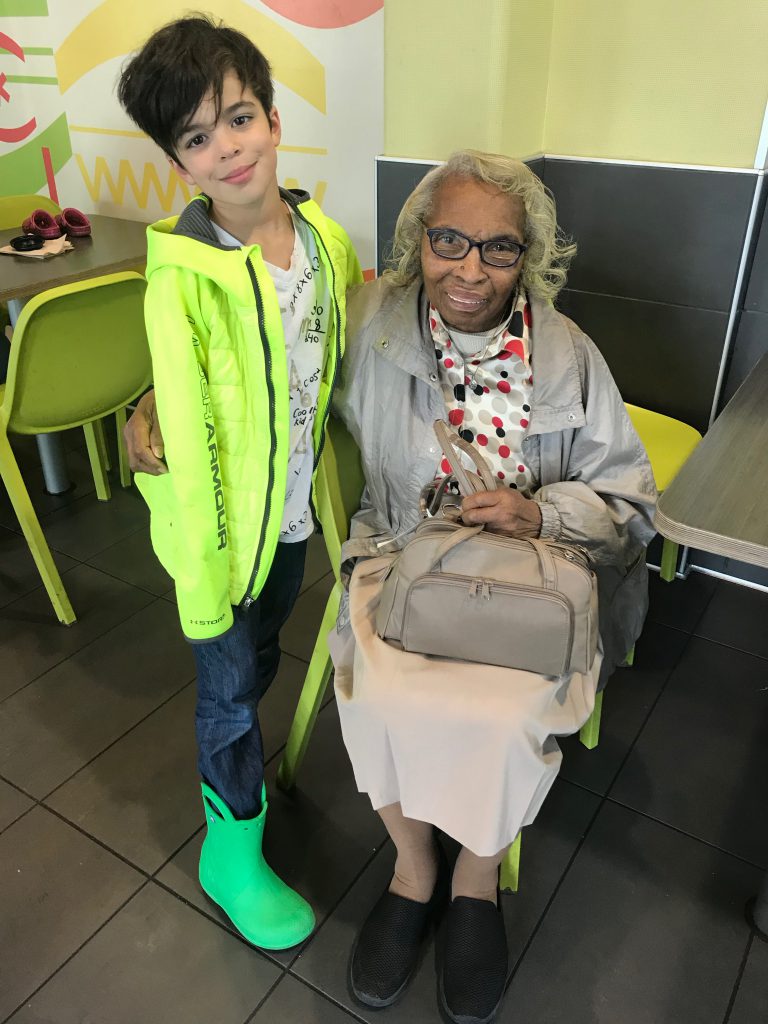 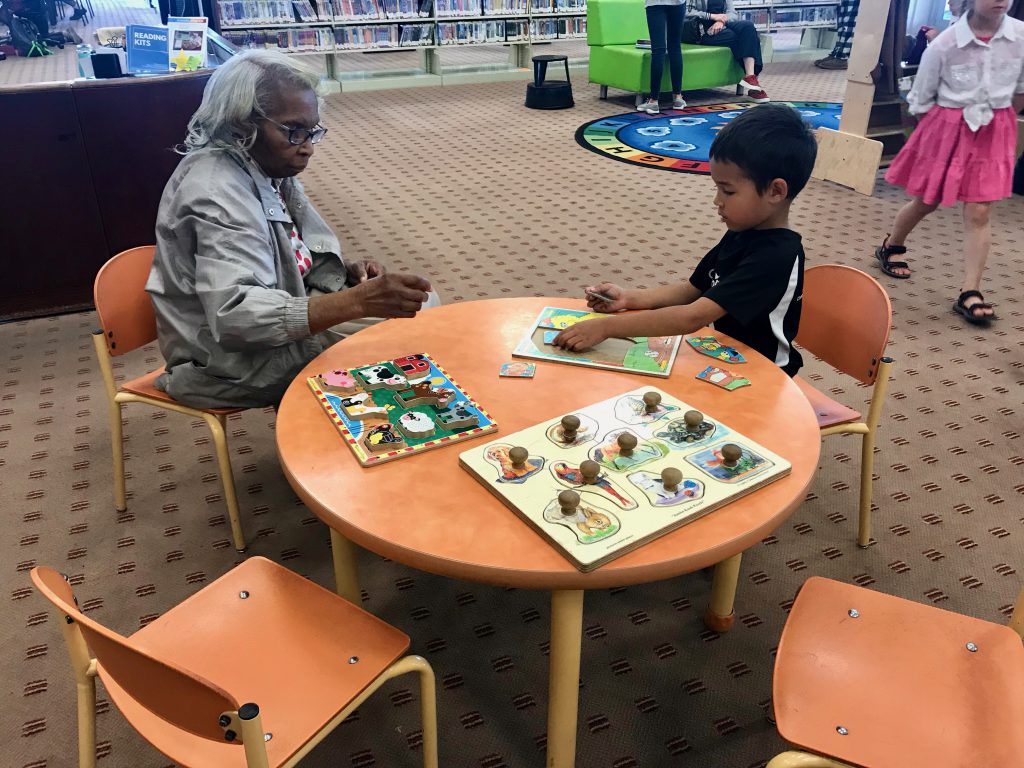 I didn’t have a plan for family night so I asked the kids what they wanted to do. They wanted to go buy Thomas a new fish for his fish tank. 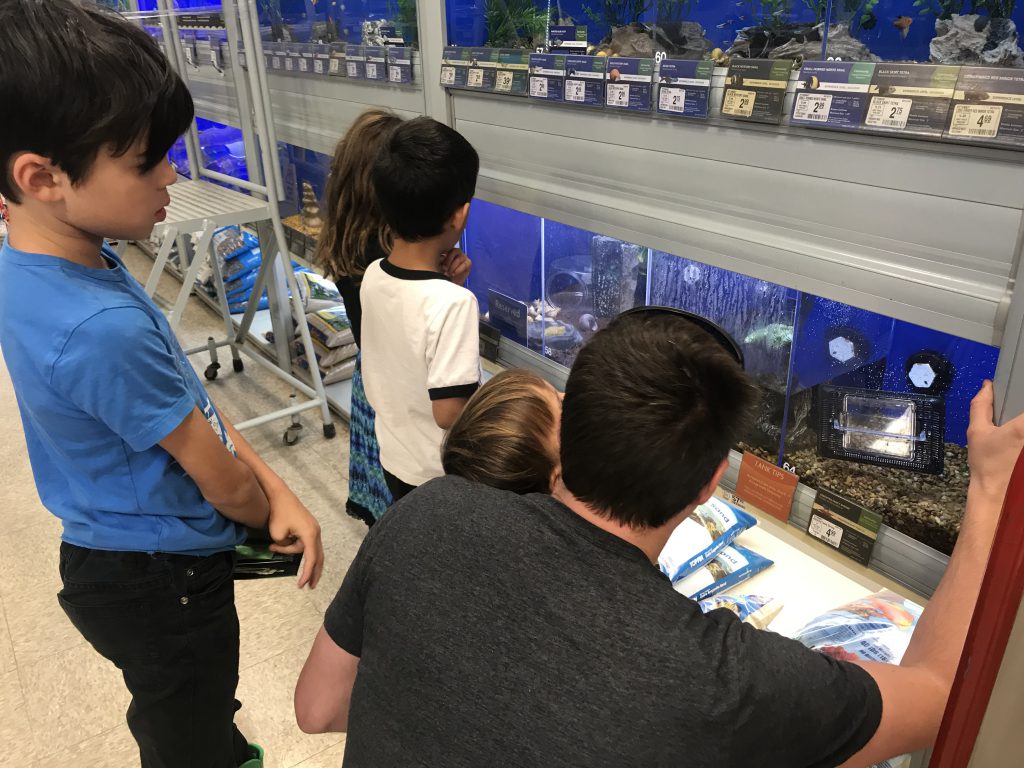 I was glad I asked them, because this is something I never would have thought to plan, but it was a good night. He found a fish. 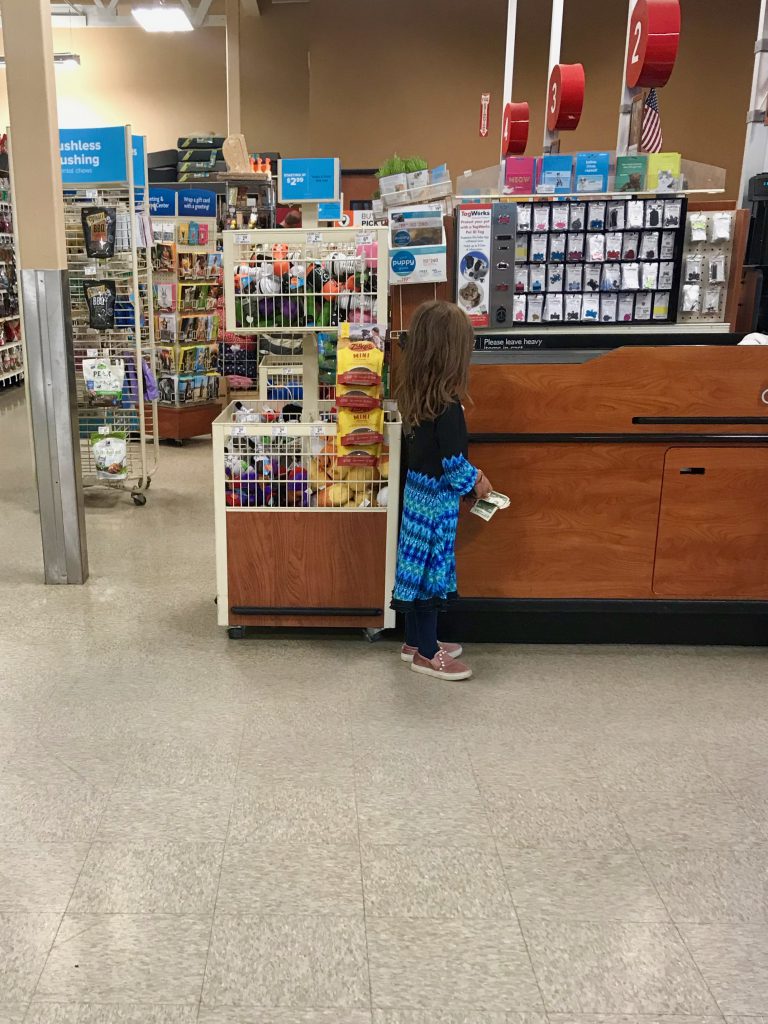 Kaiya sweetly and secretly, bought him a new decoration for his tank. And we finally printed a dog tag for Layla incase she ever gets lost. 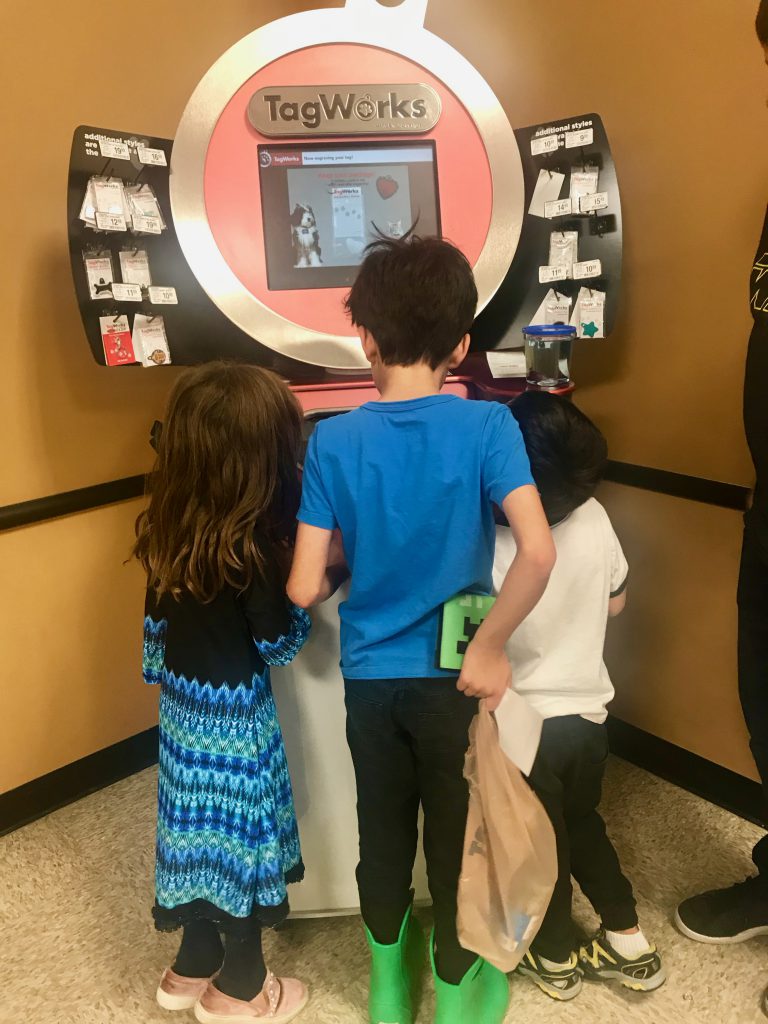 I was proud of James and Thomas for making his ship ahead of schedule. And Thomas actually won first place for his den. See boys, preparation pays off 🙂 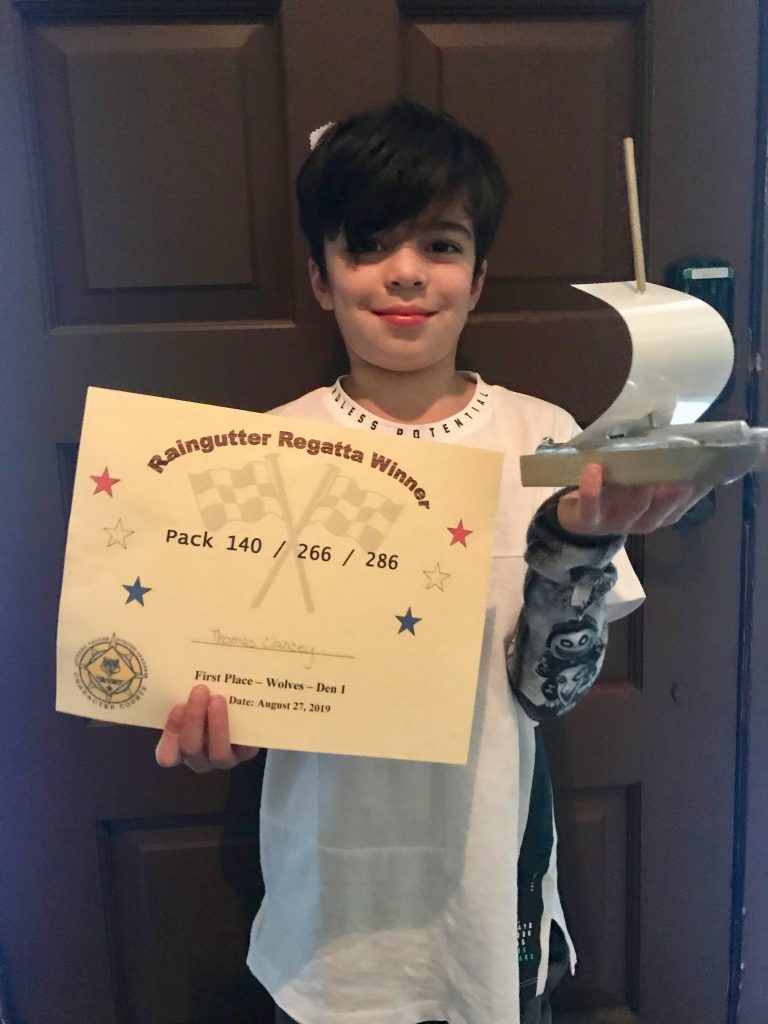