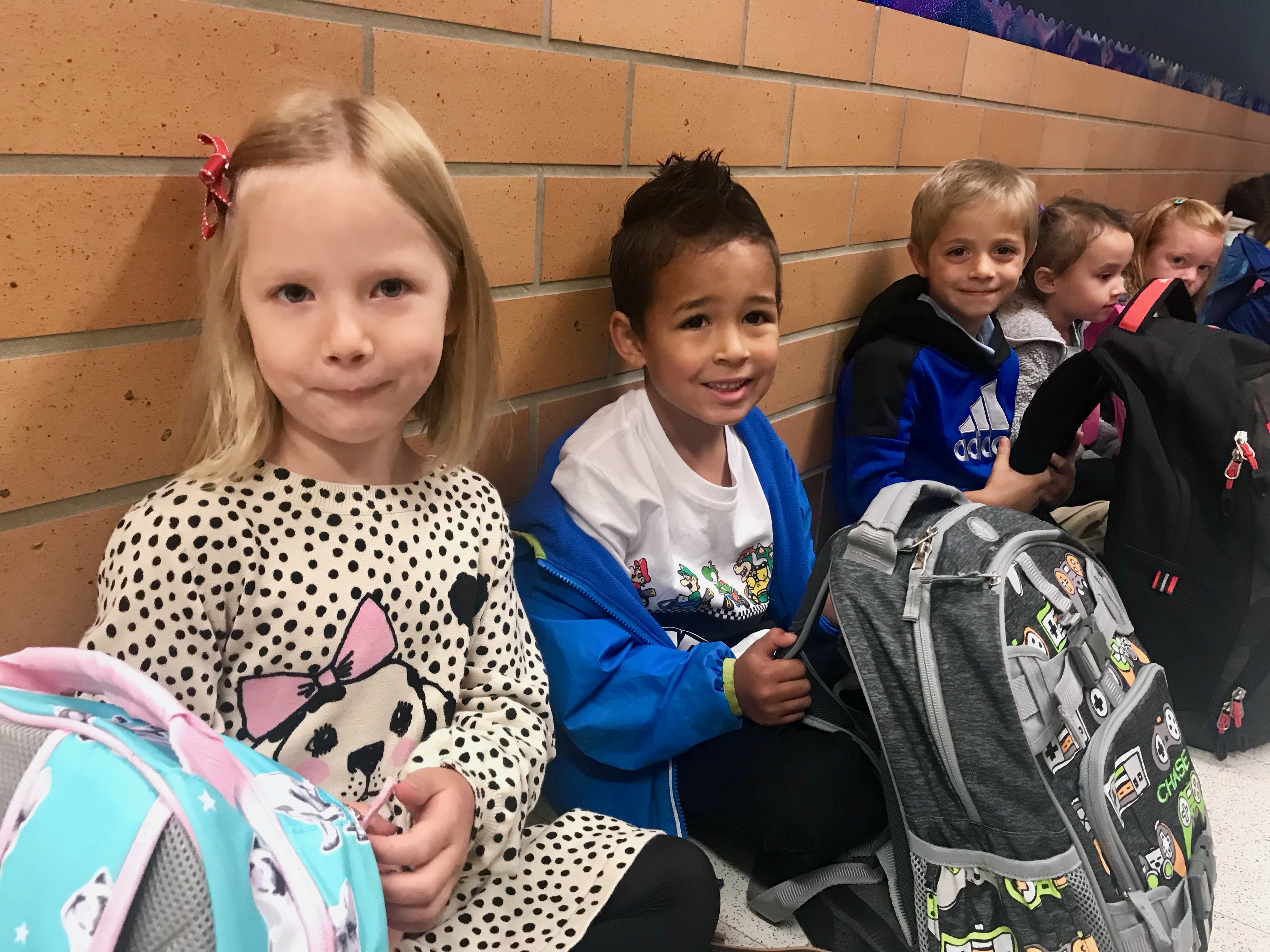 Stuart was the first one off this year. His preschool started one day before regular school. This is his first year in school, and he has been waiting for this day for as long as both of us can remember.

He didn’t disappoint. He was full of energy and excitement on his first morning! 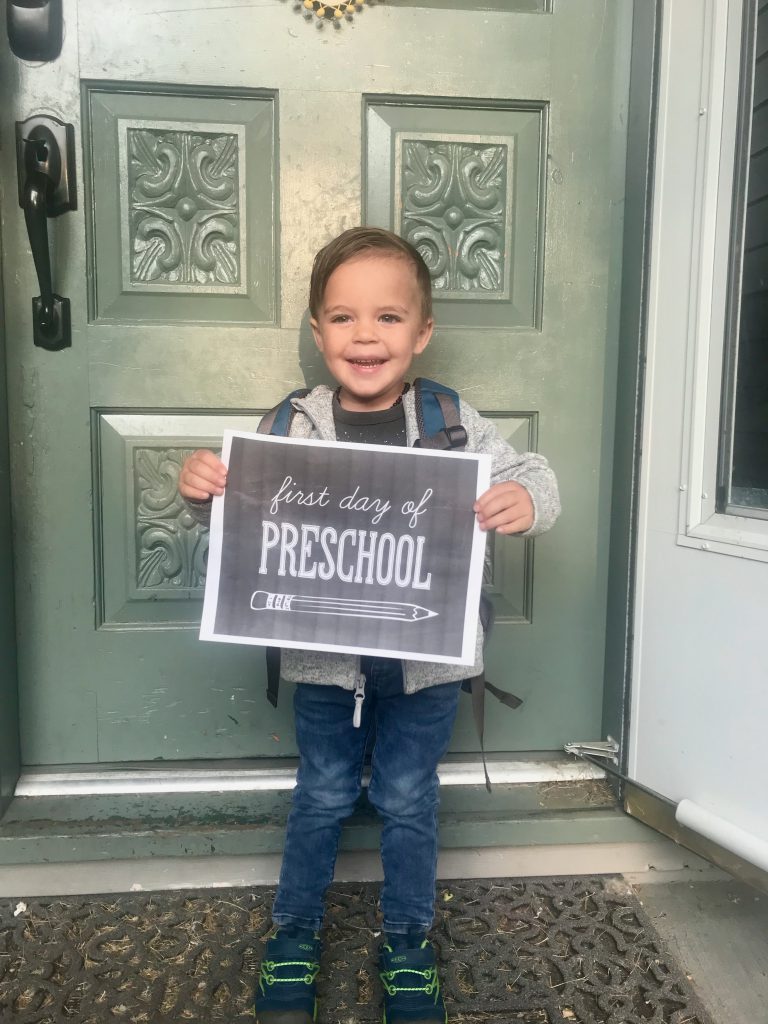 The night before, I had asked all of the bigger siblings who wanted to go with to drop him off. They all said they wanted to come, but when the morning came, only his good-ol’-faithful big sis was willing to roll out of bed. I love the bond these two share. 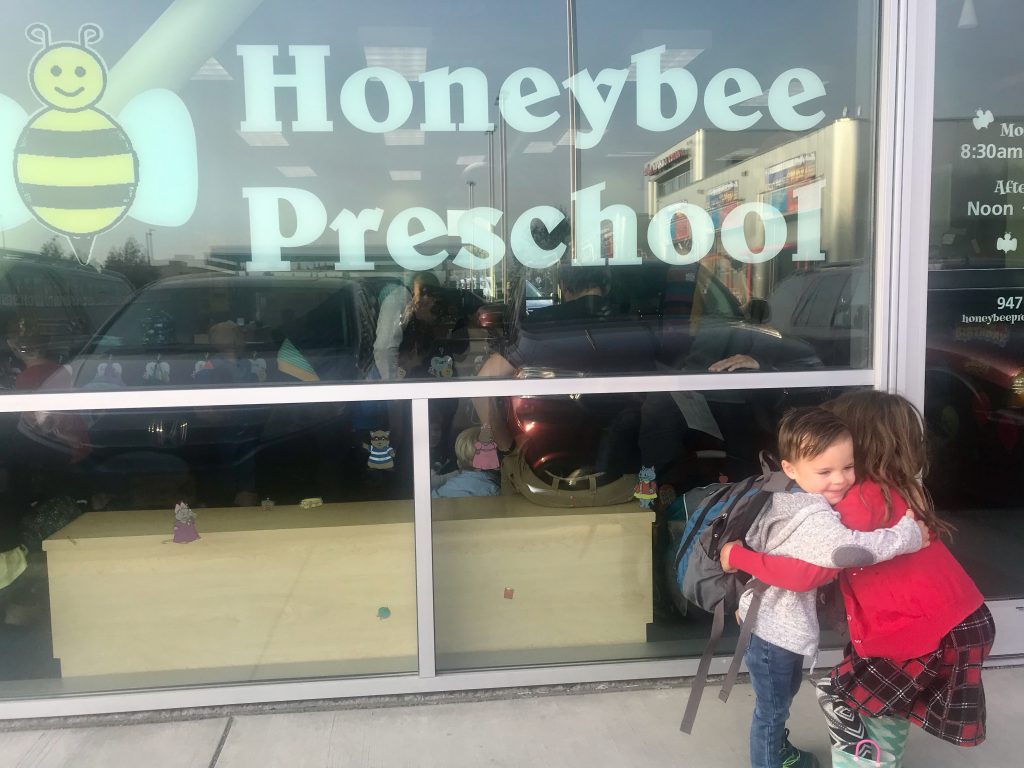 The next day it was Thomas and Kaiya’s big day. We had everything prepped the evening before and everyone woke up happy. Well, except James of course, who woke up just in time to hug the kids goodbye. (I love you, dear.) 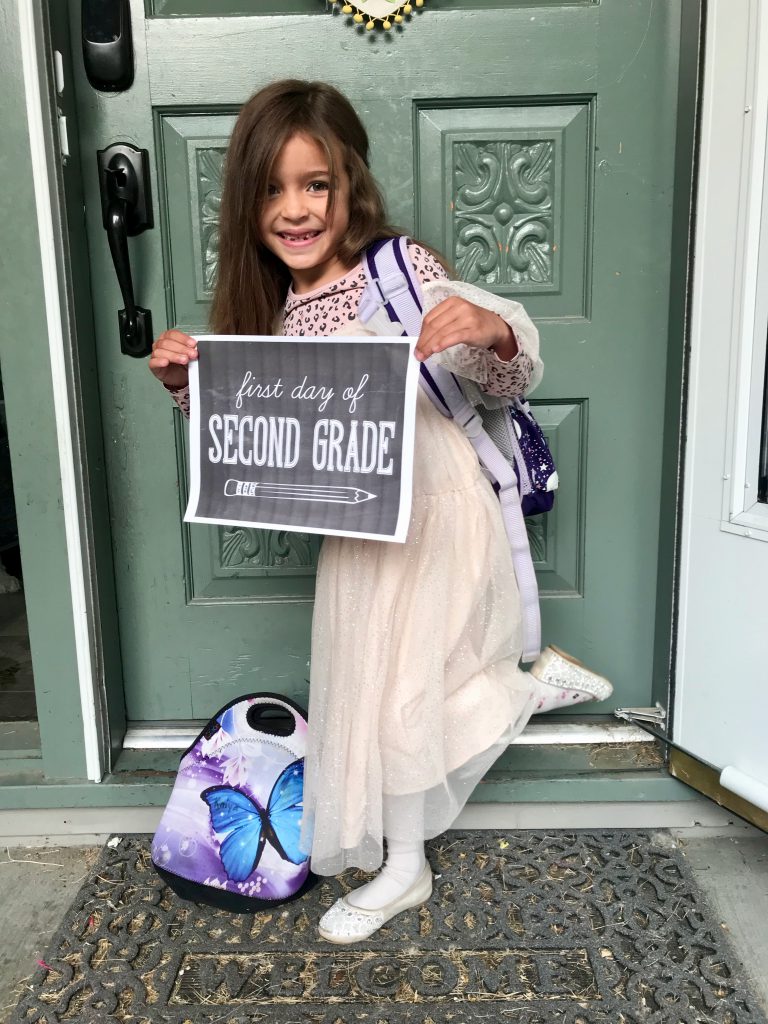 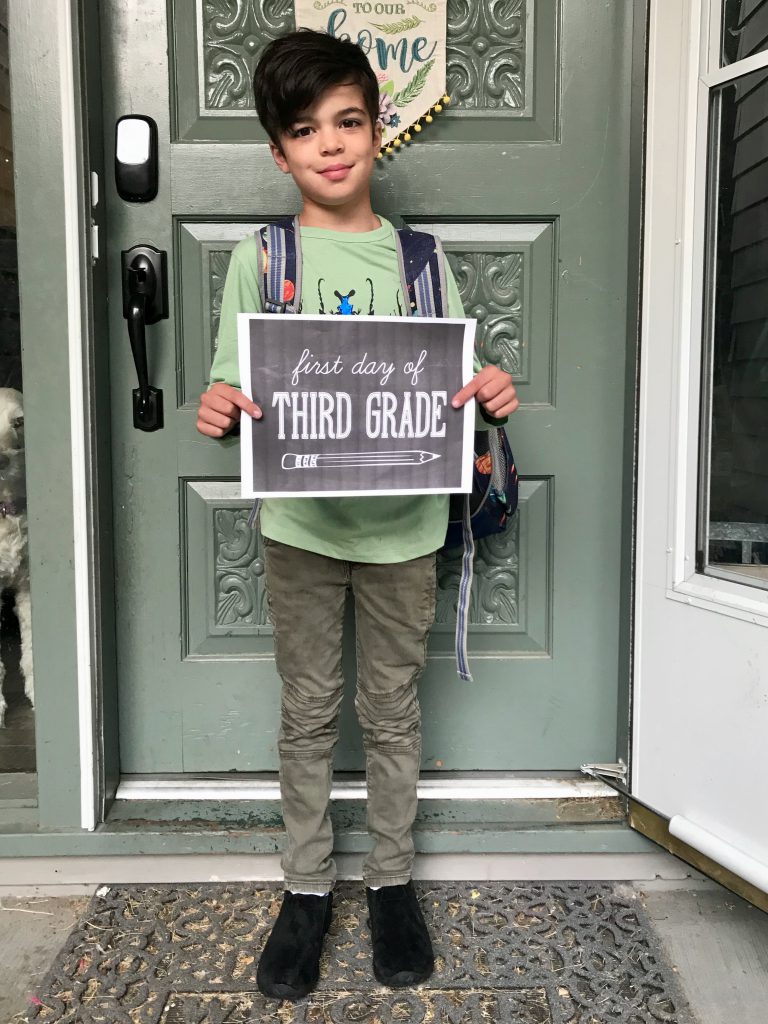 Unfortunately I grossly underestimated how early we needed to be at the school to get a parking spot. We got to school 25 minutes early, and had to park three streets over. It was stressful and I felt like I failed because I the kids didn’t get to line up on the playground and see their friends during all the first day excitement. And I didn’t get to take the pics I usually take of them in front of the school and walking into the school.

By the time we got into the school we only had about 10 minutes until the tardy bell was going to ring. I’m sure I was way more disappointed about missing lineup than the kids were. They were so excited to find their seats and get their new school supplies in place. 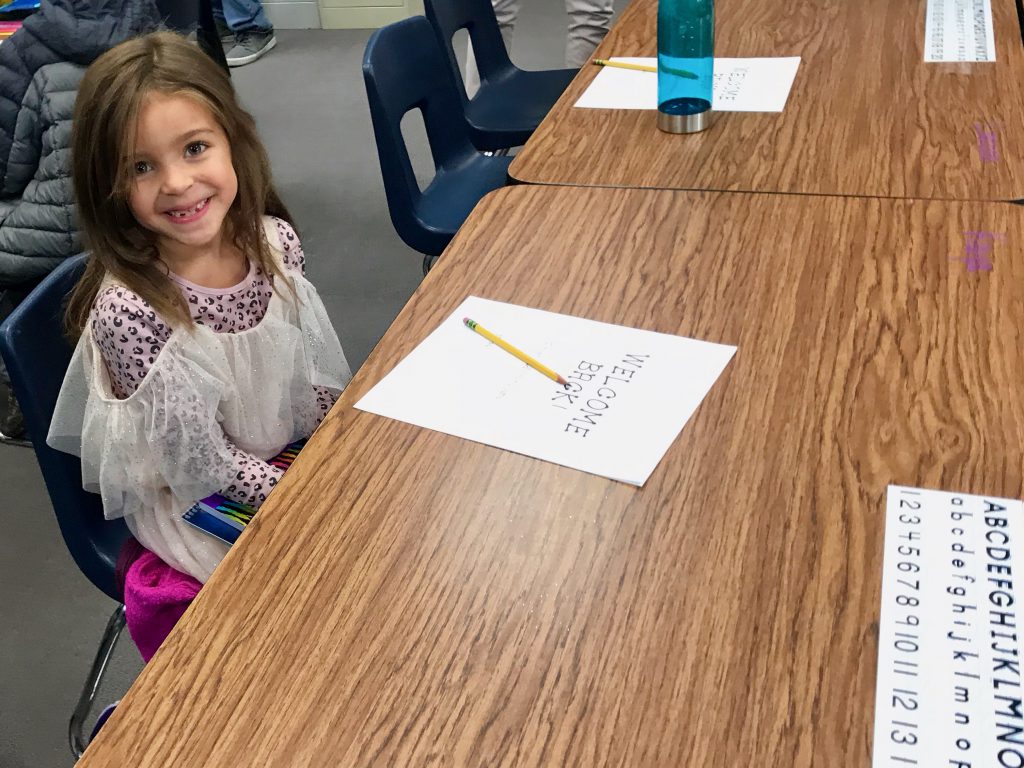 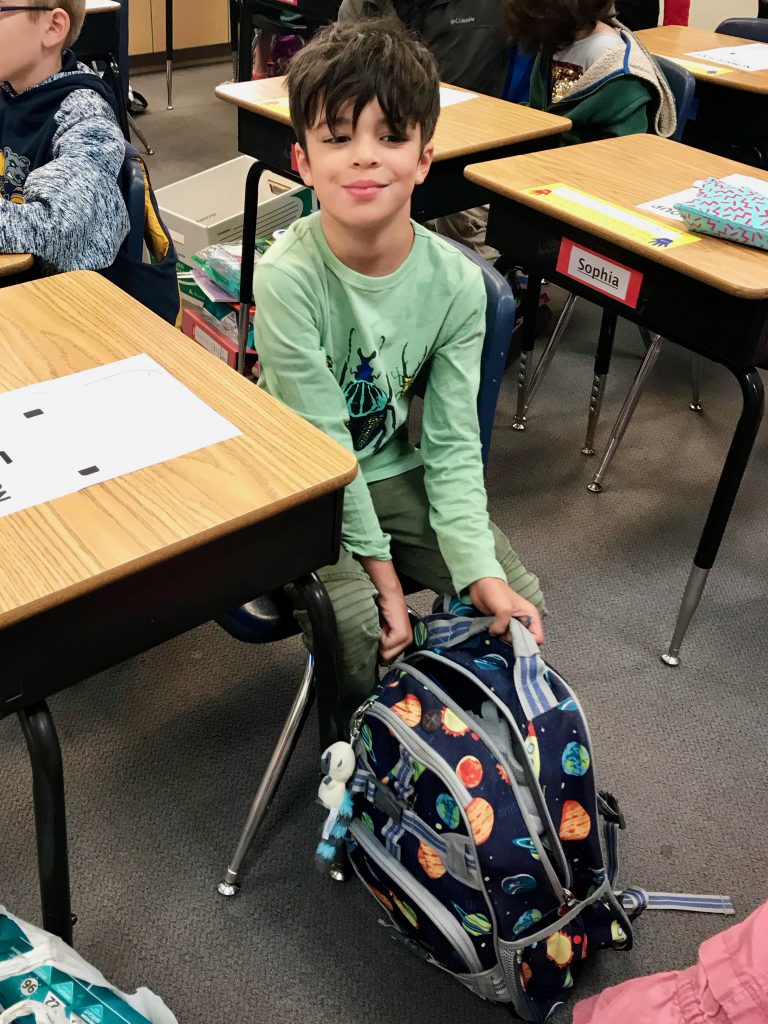 Then after I actually thought about it, I realized I could always take pictures the next day when I could actually find a parking spot at the school. 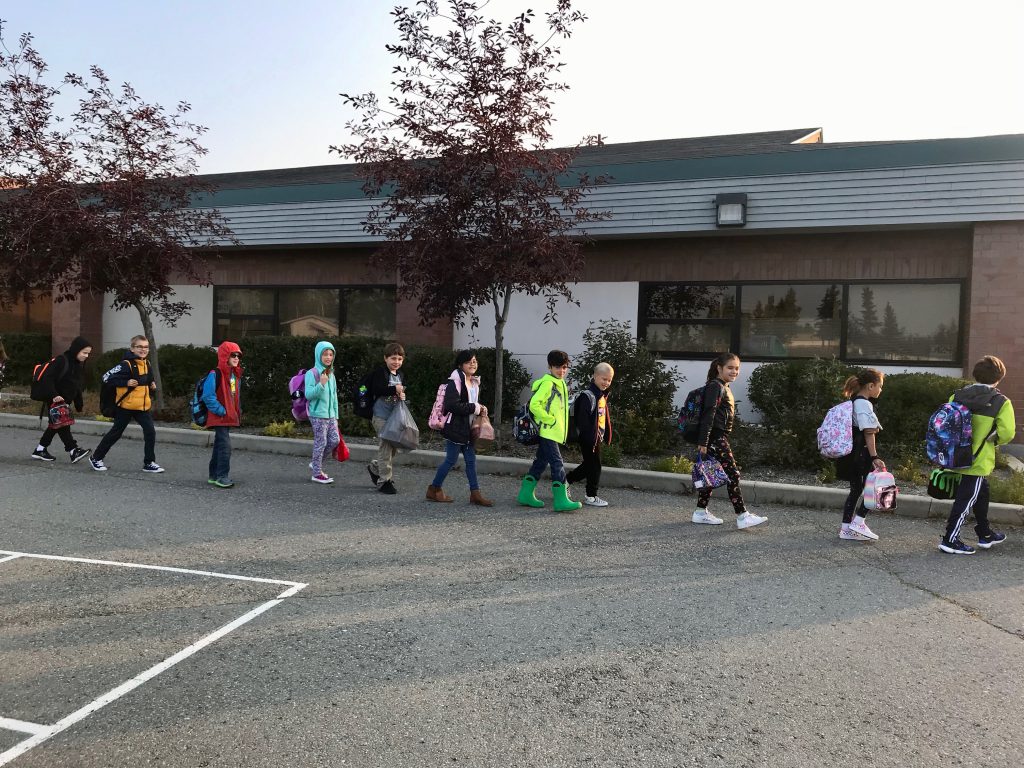 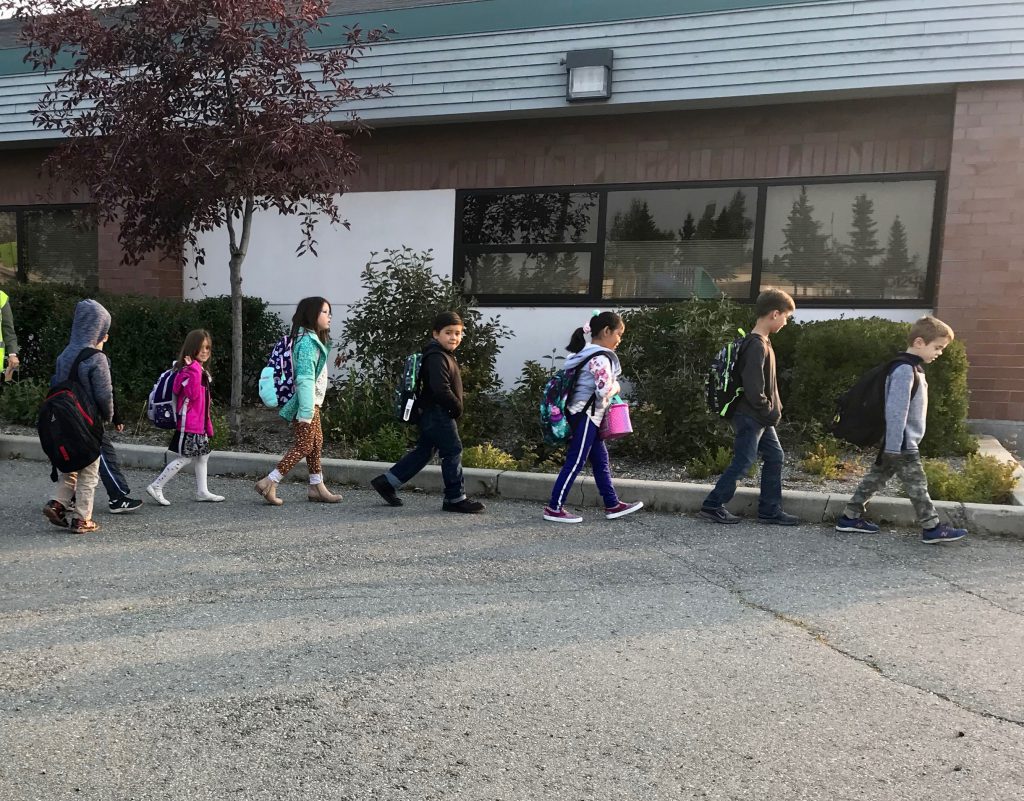 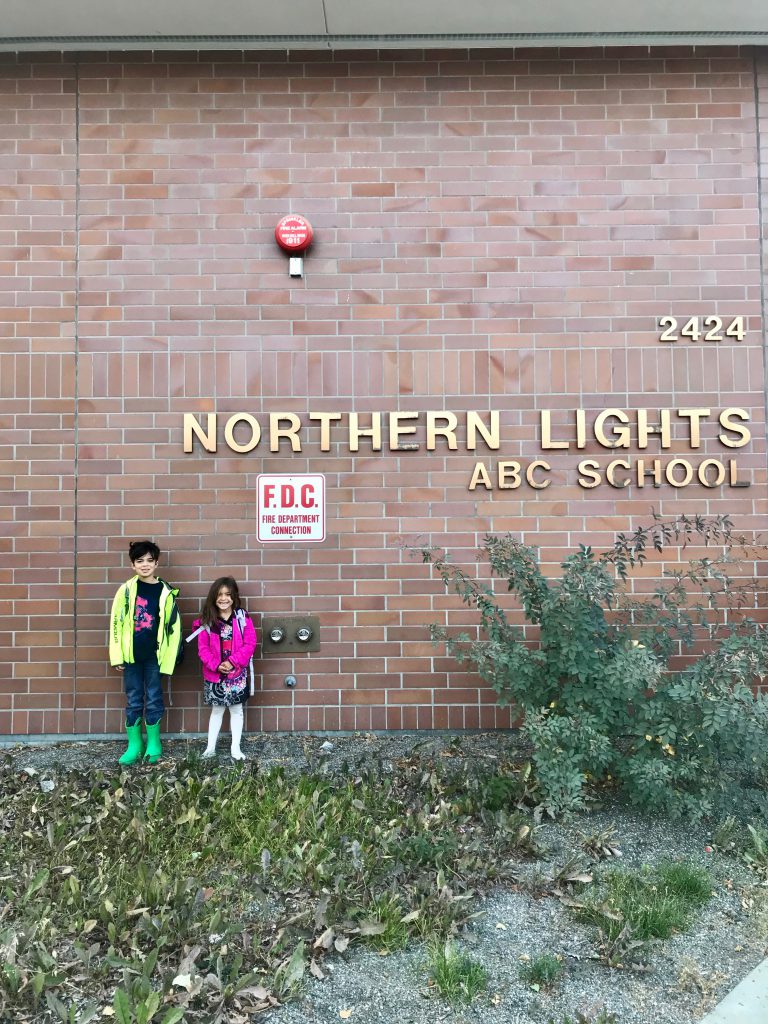 And finally, an entire week later, Chase was able to start school. I think he enjoyed his week of peace though. 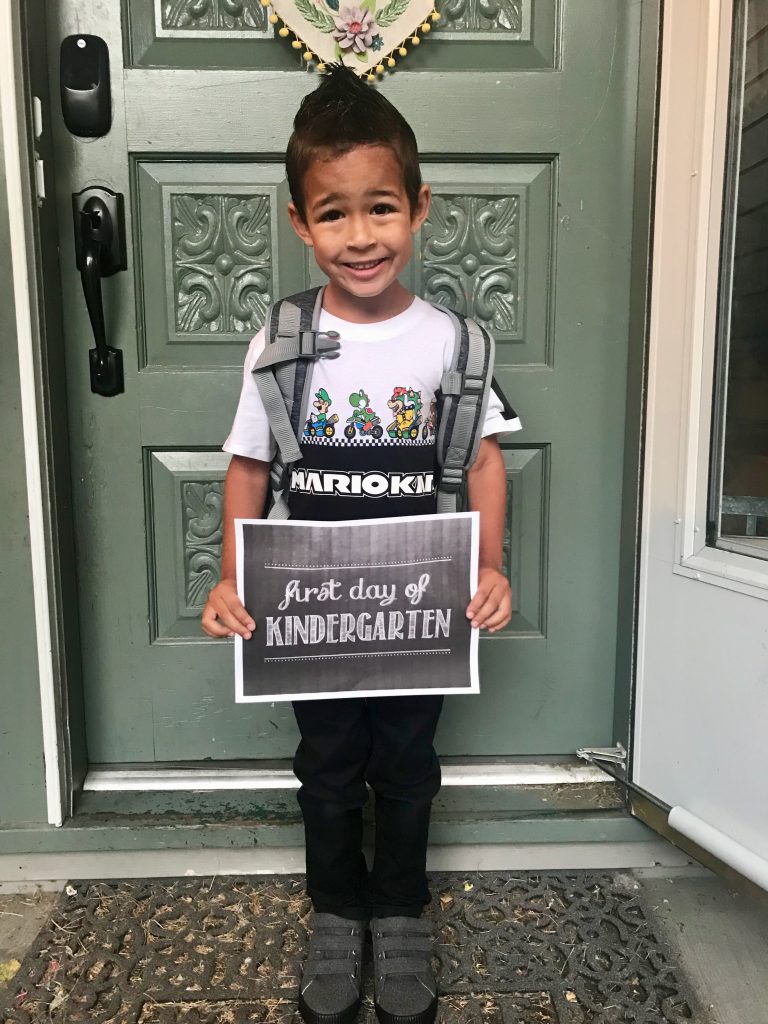 In the spirit of true Chase, he requested a ‘booty’ pic. 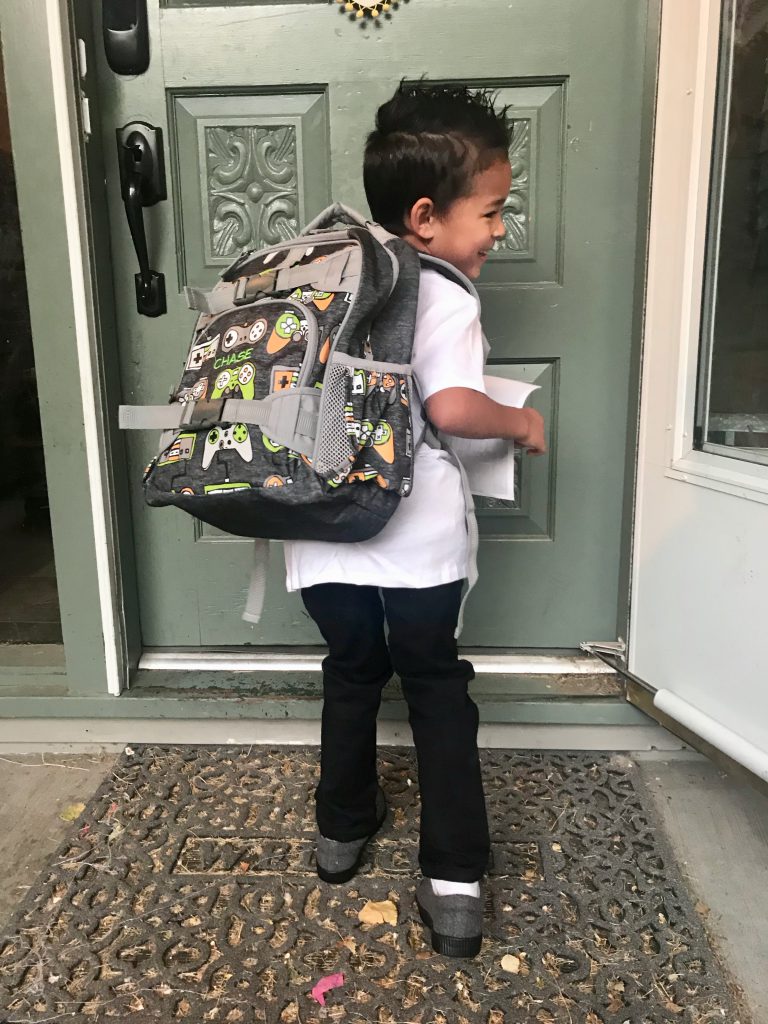 Right as we were walking into the school, we stumbled upon Harper, and got a sweet cousin pic. I think it’s pretty neat they’re all going to be able to go to school in the same building for a few years. (Eventually including Stuart too.) 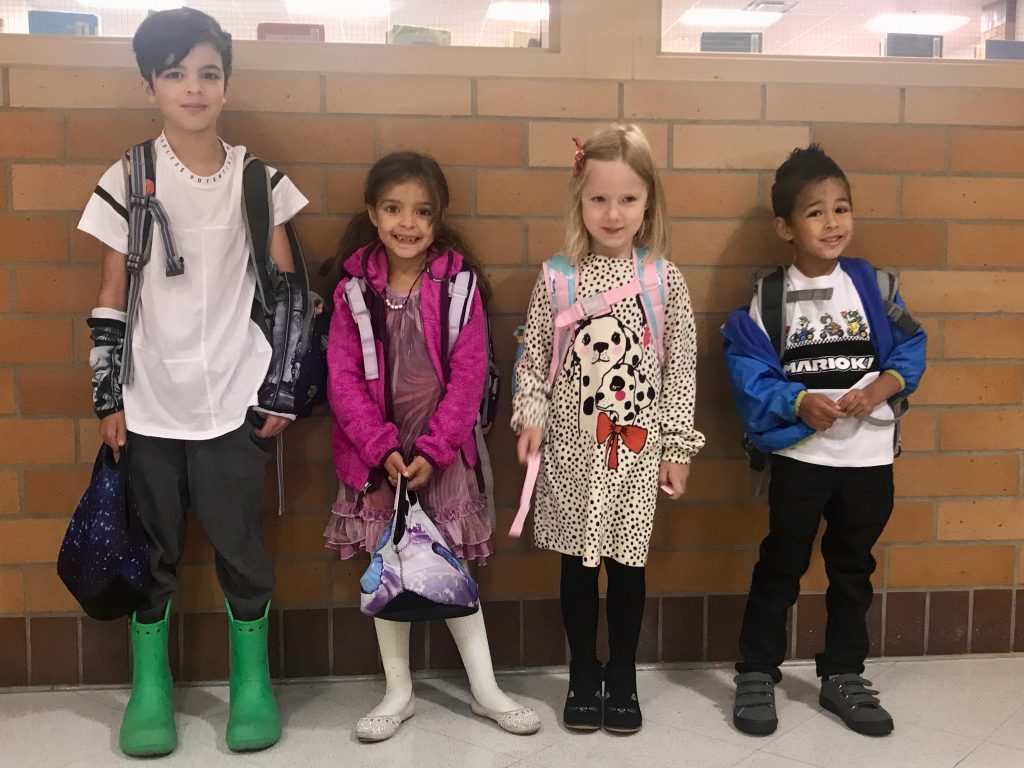 Due to a nearby police situation the kids had to line-up indoors today, so they got to sit on the floor and chat for a few minutes. I love their precious little kindergarten faces. 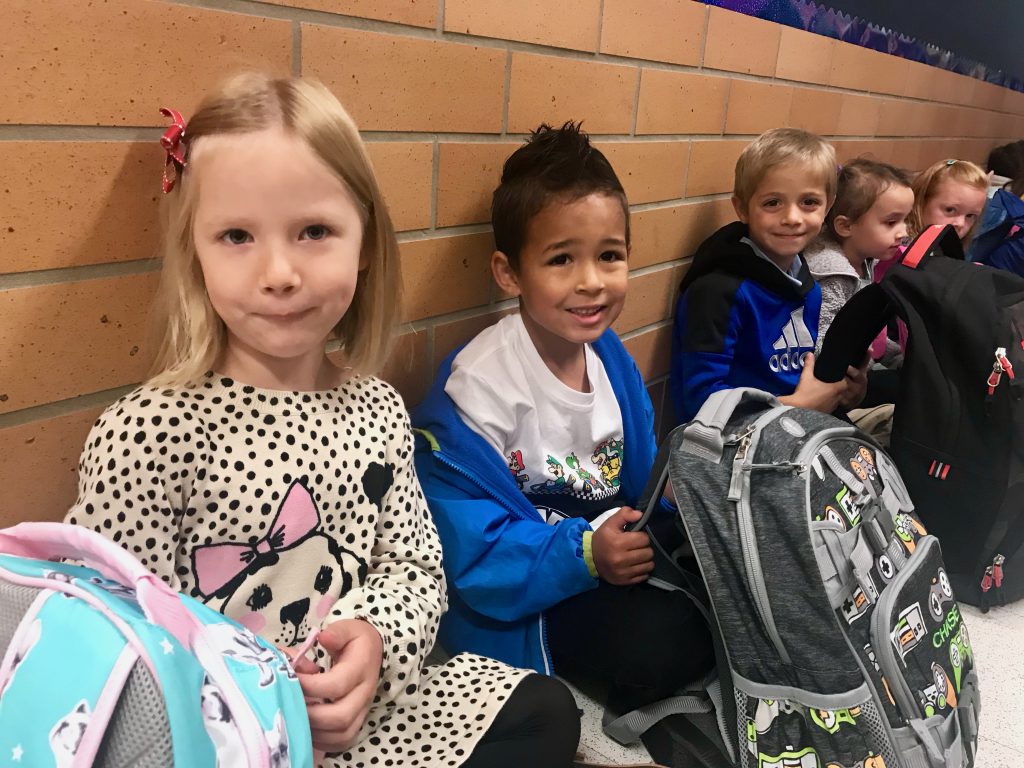 At pickup, precisely 2.5 hours later, he was still smiling! 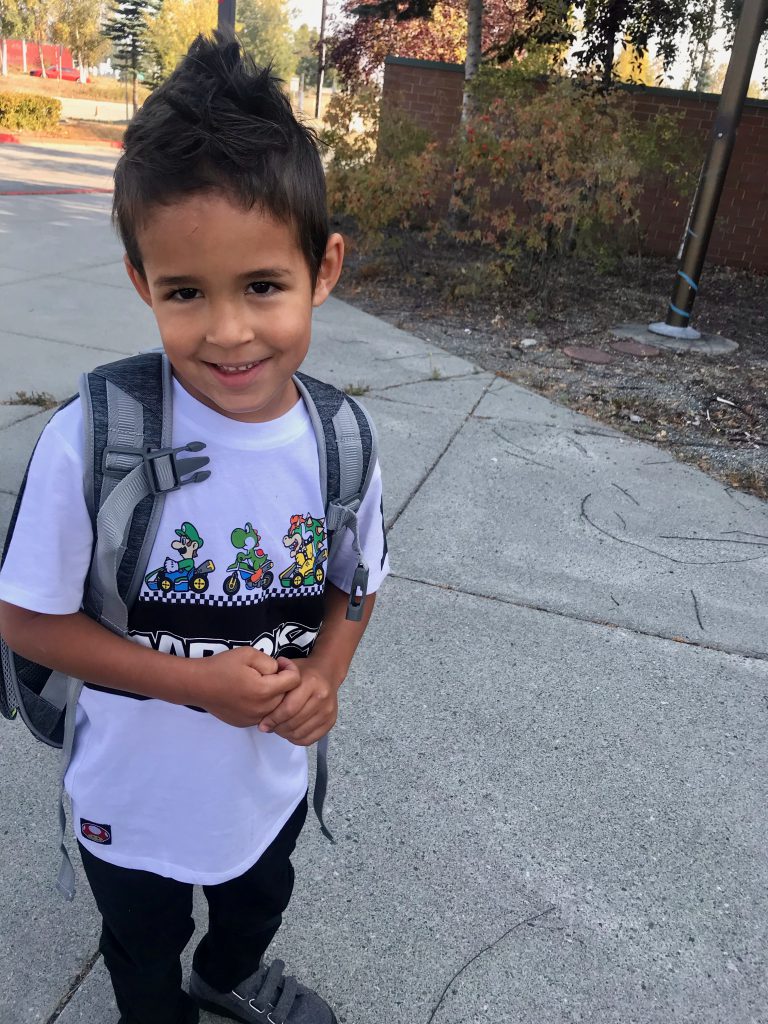 Until I forced him into one more picture. Oh Chase, I hope this picture makes you smile when you grow up. Those angry eyes are fierce. 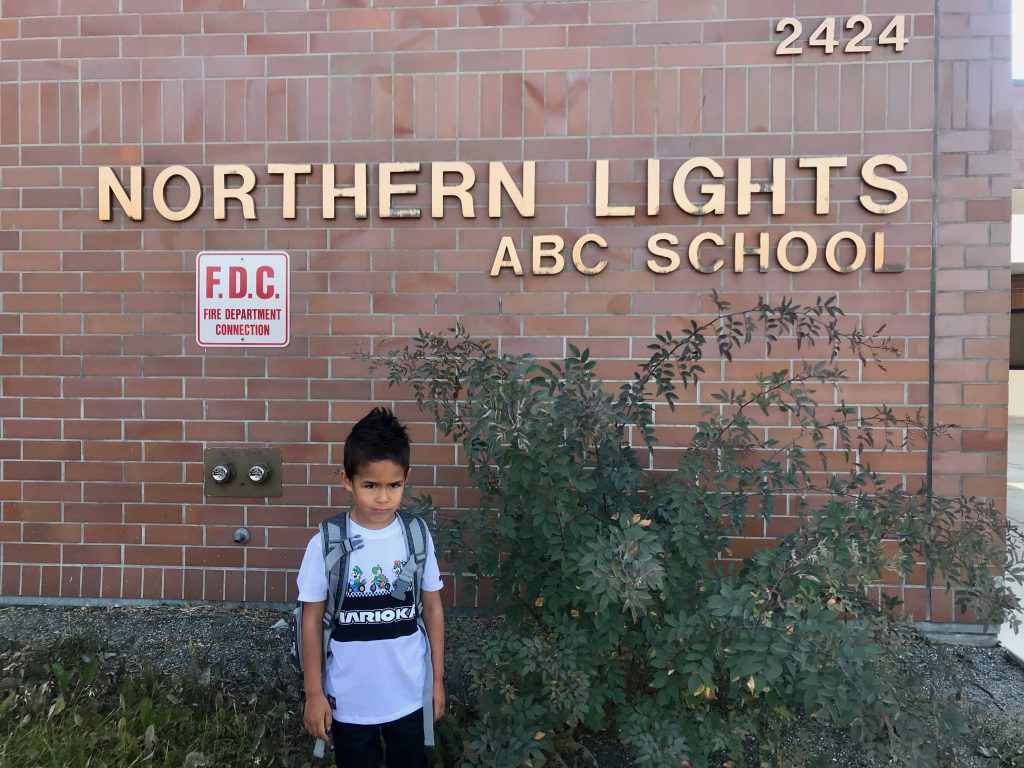 As a total surprise Grandma happened to come in for her noon-duty shift right during pickup and got to see her grand babies on their first day. 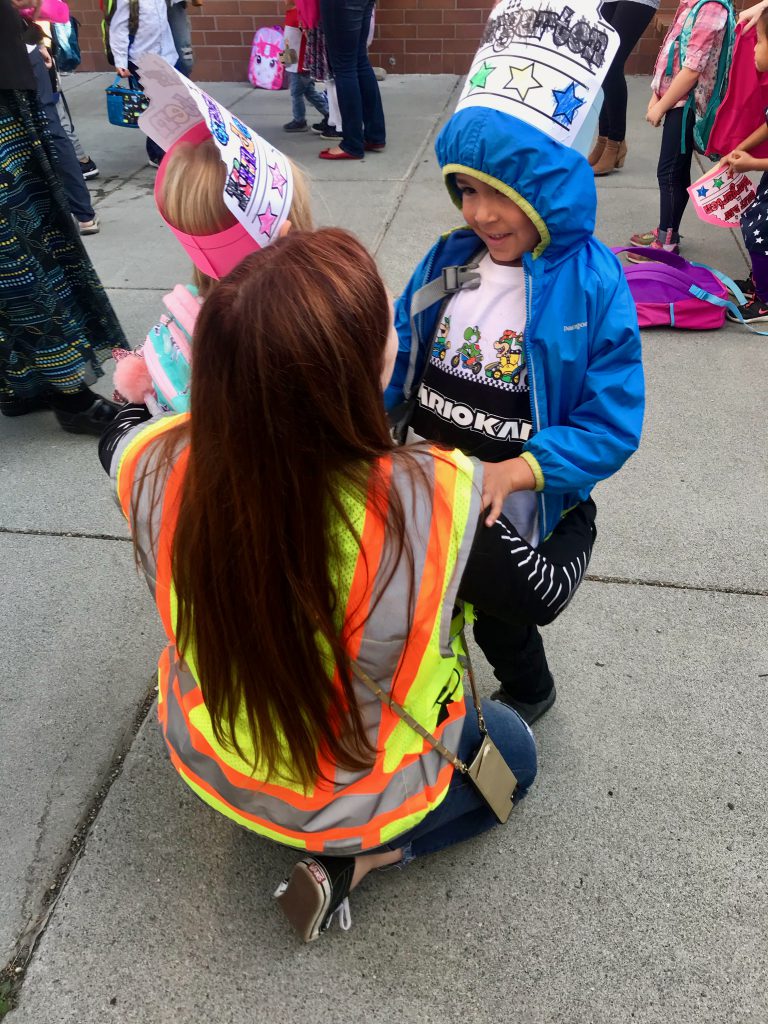 And that’s a wrap on the first days of school this year.

I’m looking forward to tomorrow, which will be my first day ever where I will have all of my kids in school at the same time. Only for two hours three days a week, but a milestone for me none-the-less.