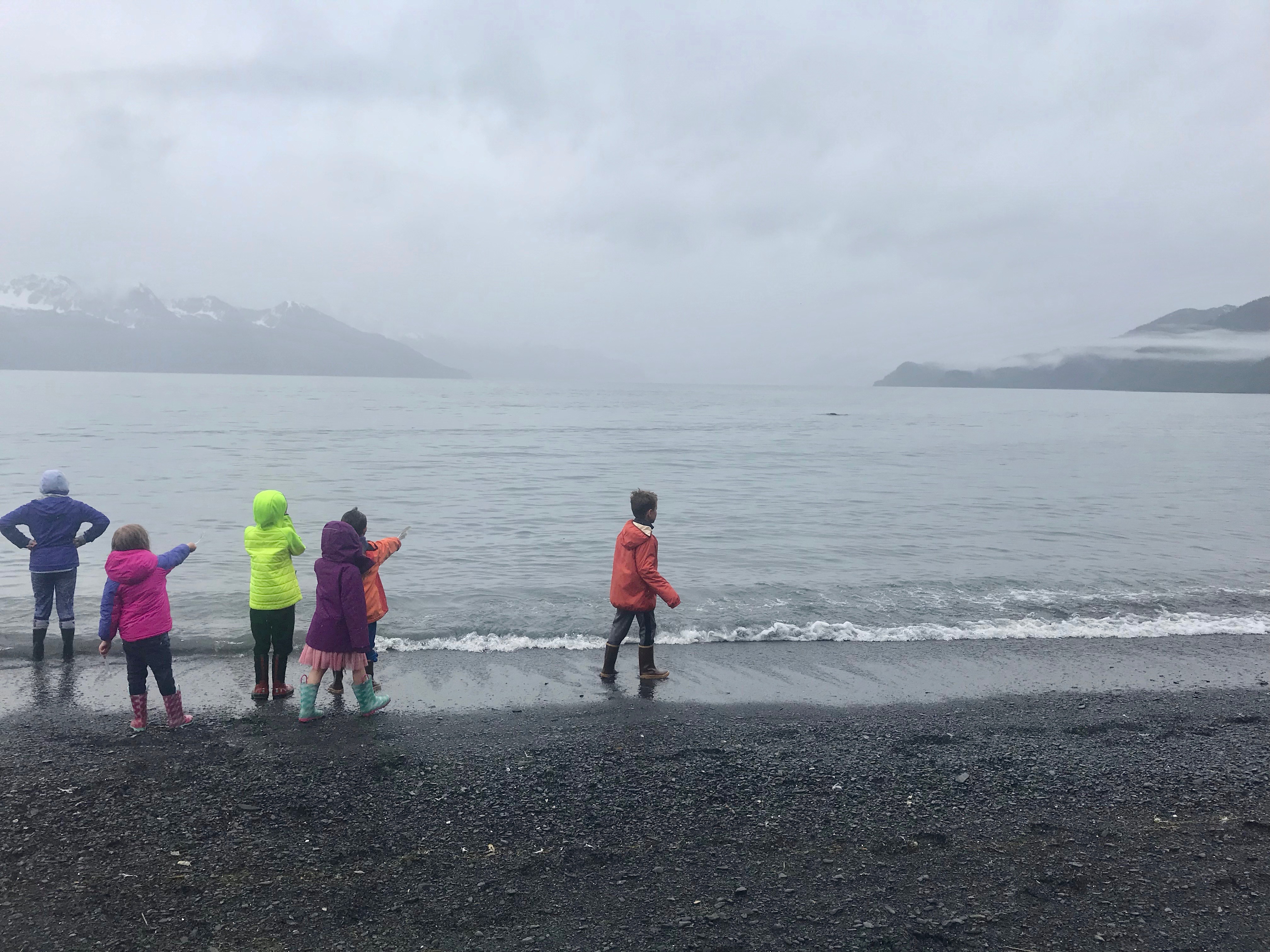 Aubrey invited the kids and I to drive up to Seward with them and we were so excited to go! Due to the unfortunate conclusion of our last Seward trip, we decided to take the trusty van this time. I must admit it was pretty lame, taking it to gas up at the cost of $67. I haven’t put gas in the van since Lisa and the girls visited in March.

Anyways, we traded some kids to make for a less contentious car ride and off we went. I got lucky with the girls, and they were angels. Also Stuart didn’t throw up at all, which was unexpected. Woohoo!

When we arrived at Seward we headed straight for the Alaska Sealife Center and ate lunch since everyone was starving from the drive. 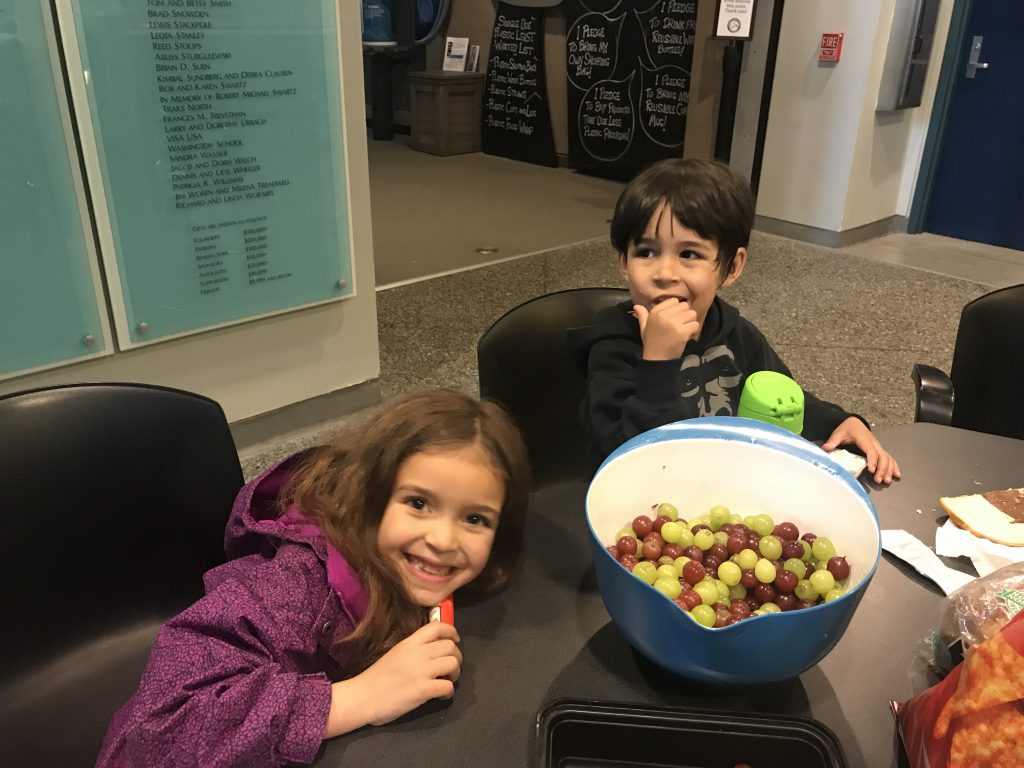 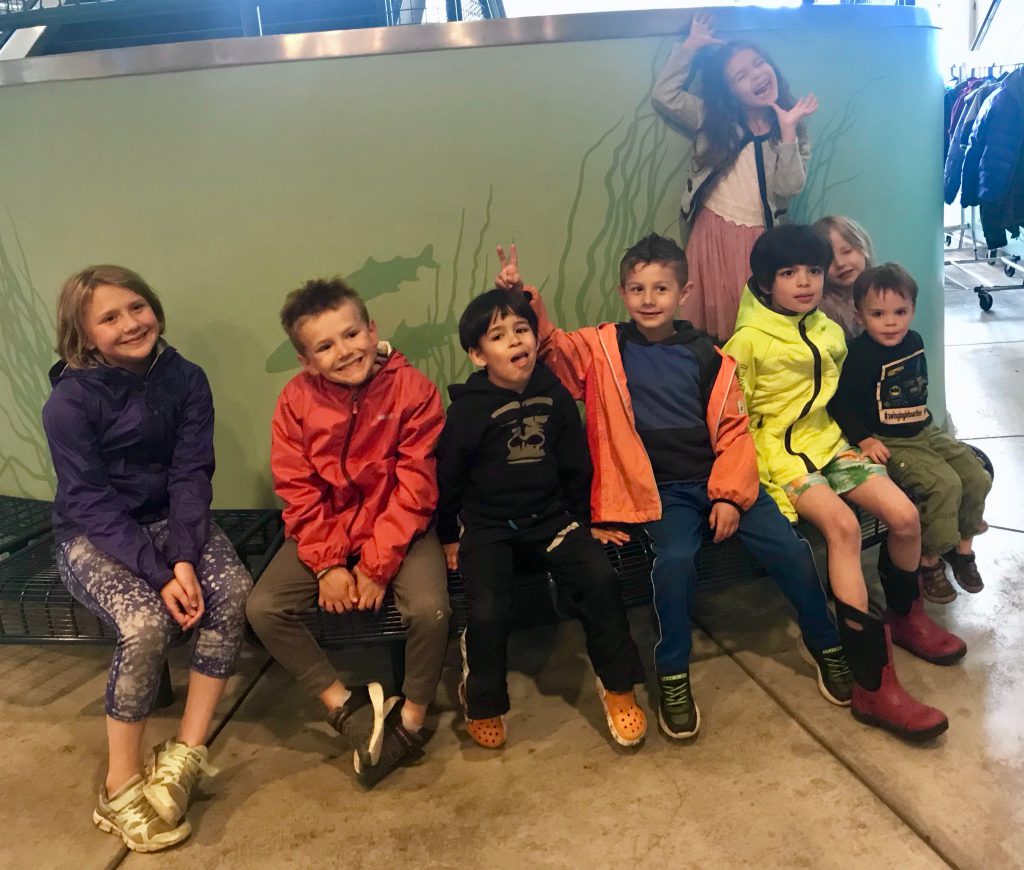 The Sealife Center was the same as always, and we loved seeing the different creatures. 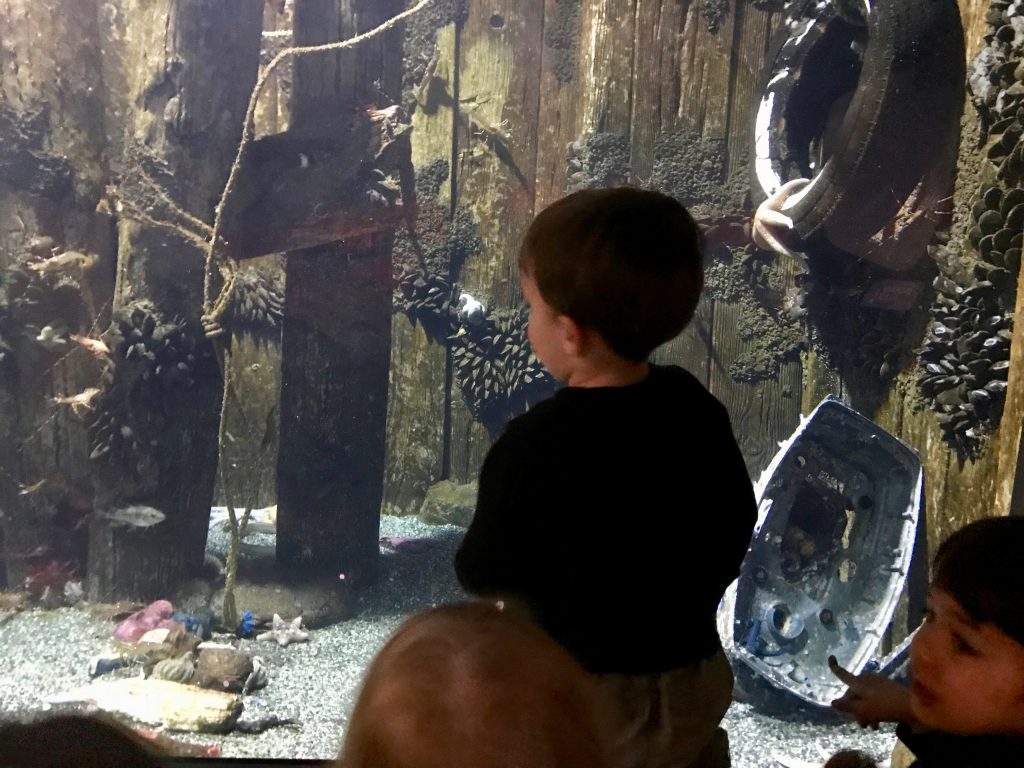 The kids spent their typical over an hour playing on the boat. 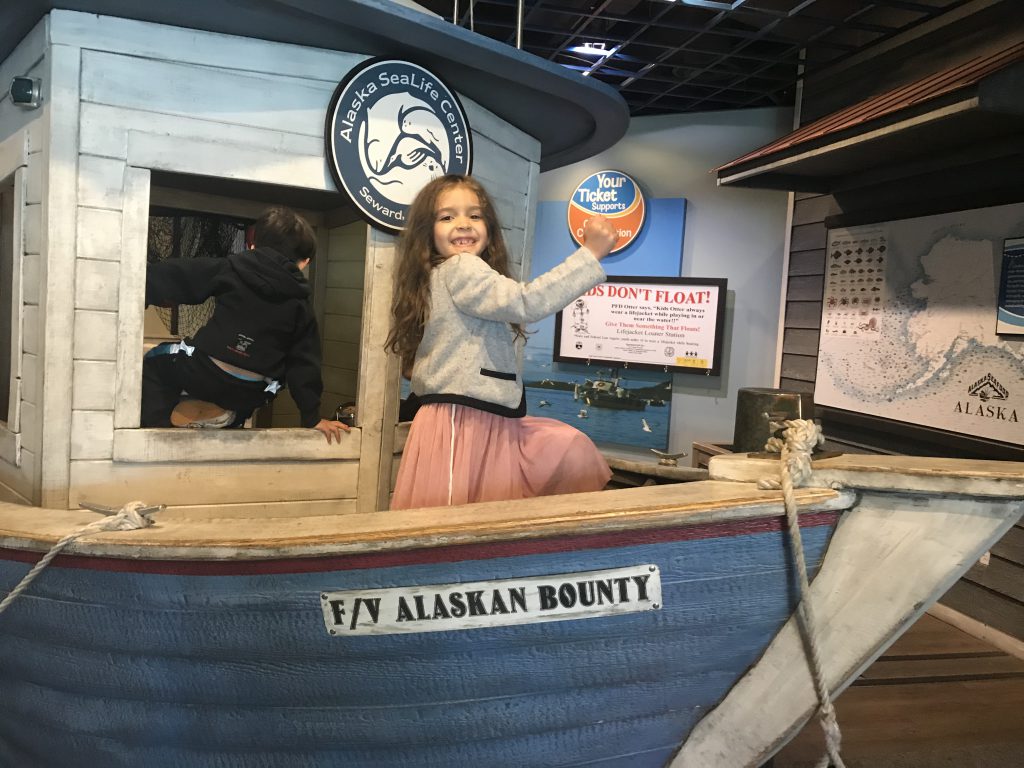 Then came the exciting part: Lowell Point. I don’t really like bad weather. Especially cold rainy weather, and it was cold and rainy. Luckily Aubrey was there to not let me say no. We followed her out to Lowell Point or “The Beach” as they call it.

“Mom! You didn’t tell us we were going to a beach! I didn’t pack my swimsuit!” Kaiya scolded. I thinks he thought when we got to “The Beach” the clouds would part, the rain would stop, and the sunshine would be beating down, it would be 80 degrees and white sand would be under her feet. Instead we pulled up to this: 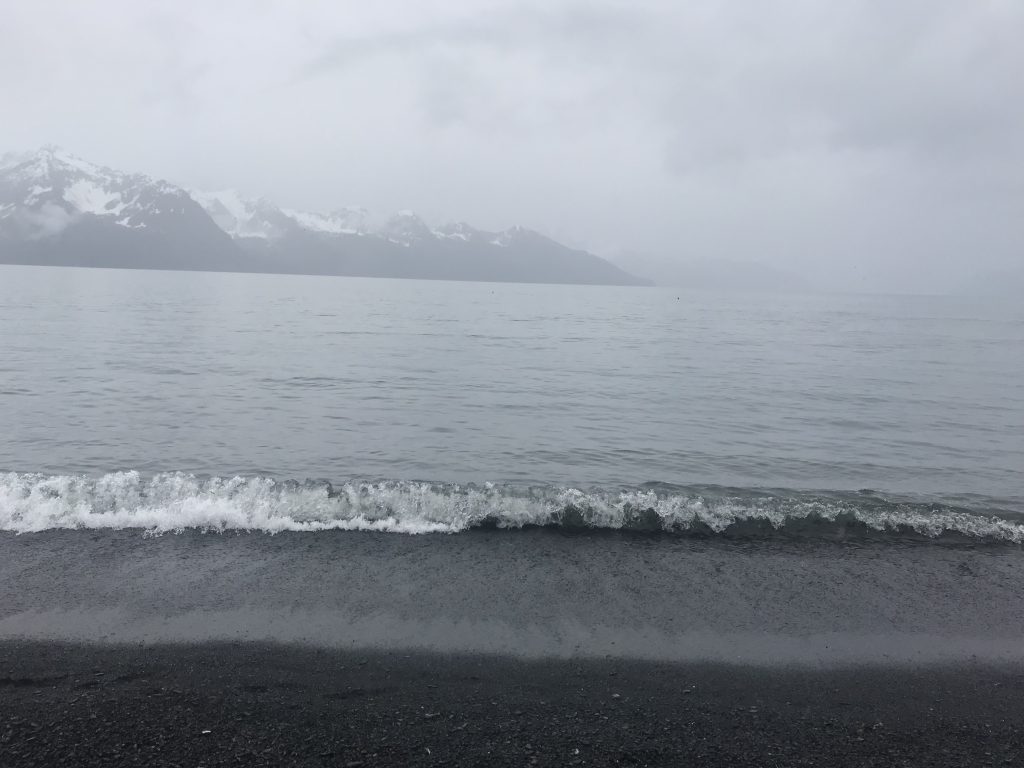 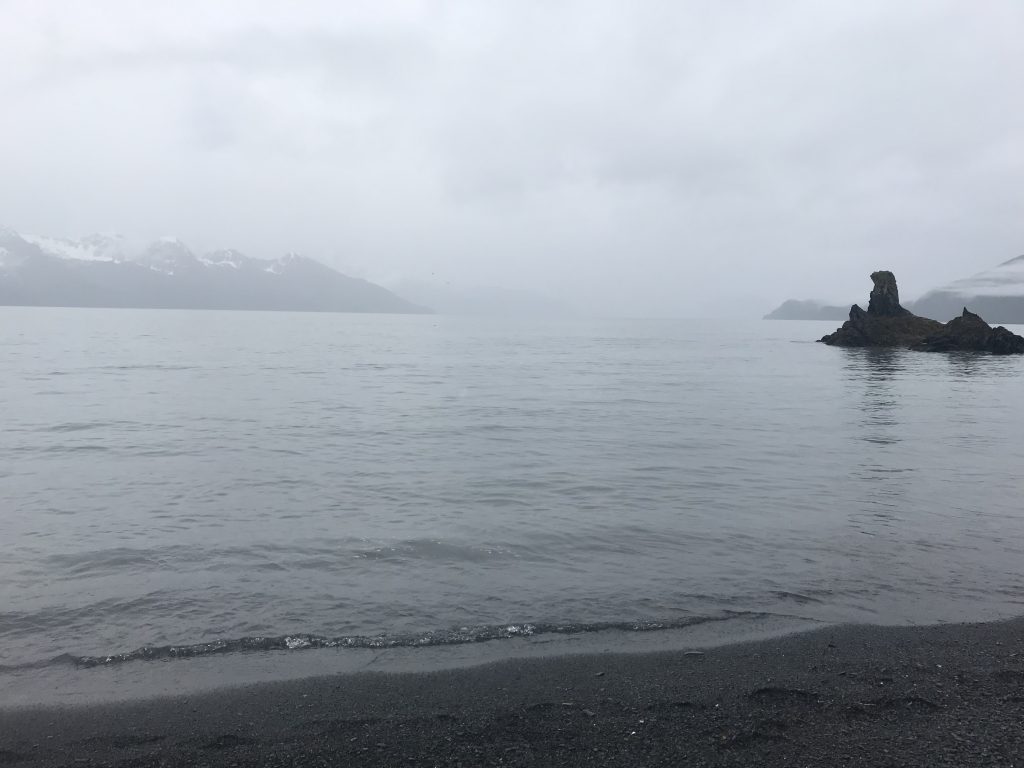 I guess it was a low tide, because there was tons of “beach”, and we were able to go over to walk on that cool rock formation to the right.

Unfortunately after a few minutes at the beach, both mine and Aubrey’s phones died and we could only take “mental” pictures. Here are the rest of the pictures leading up until that though: 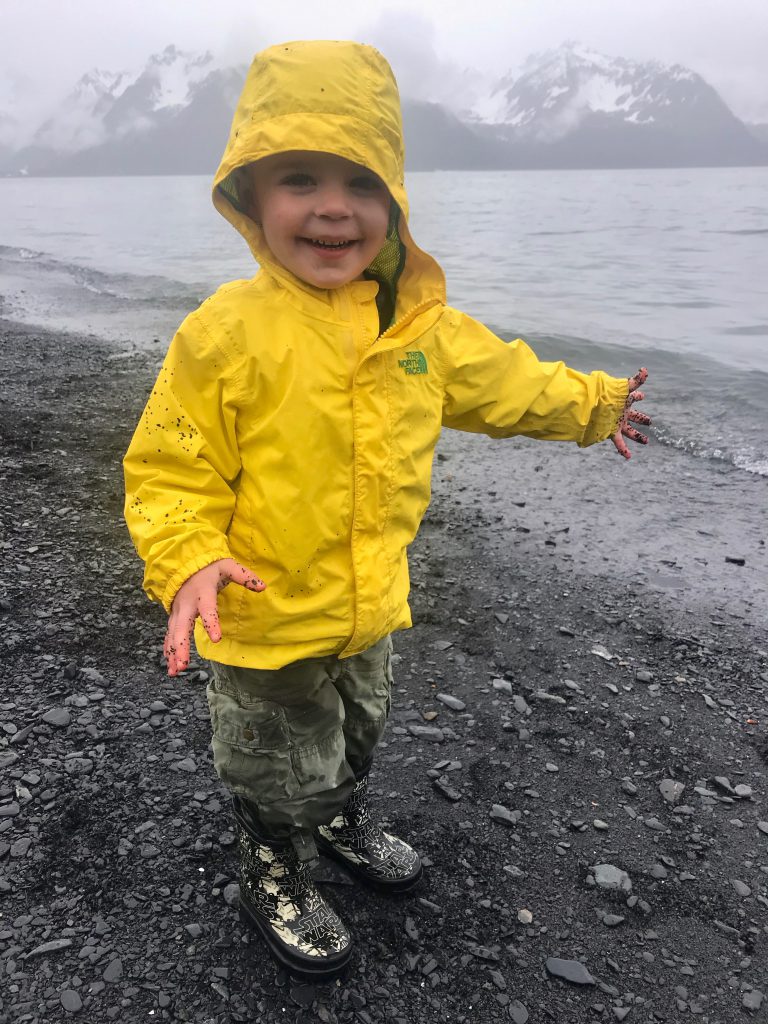 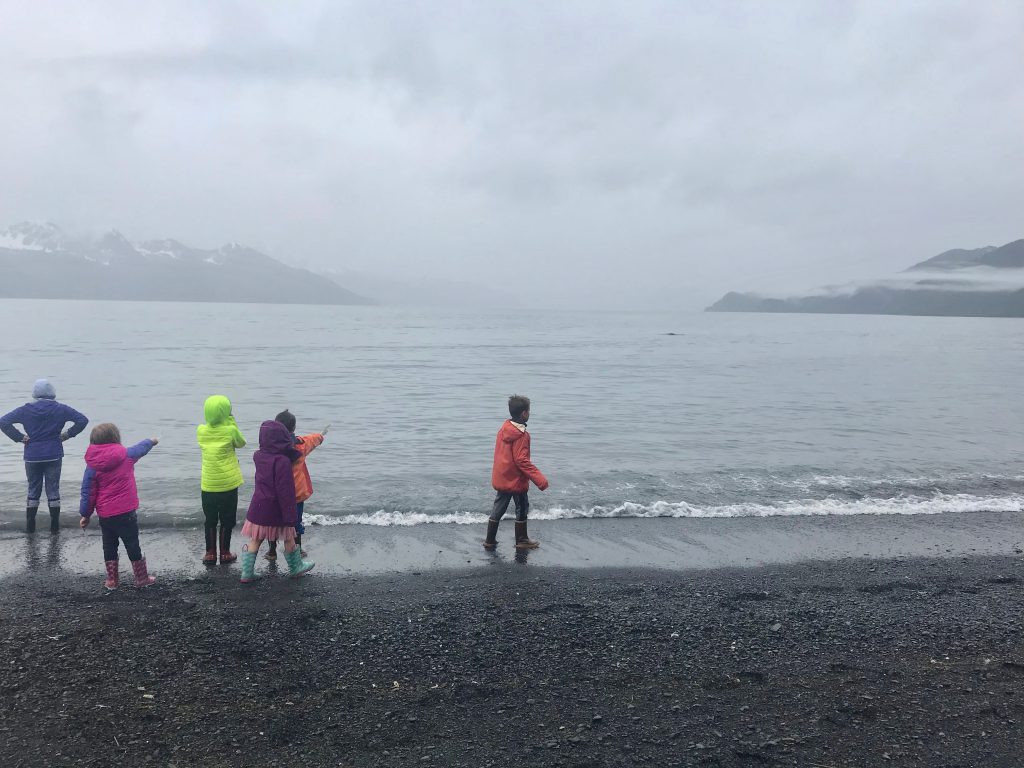 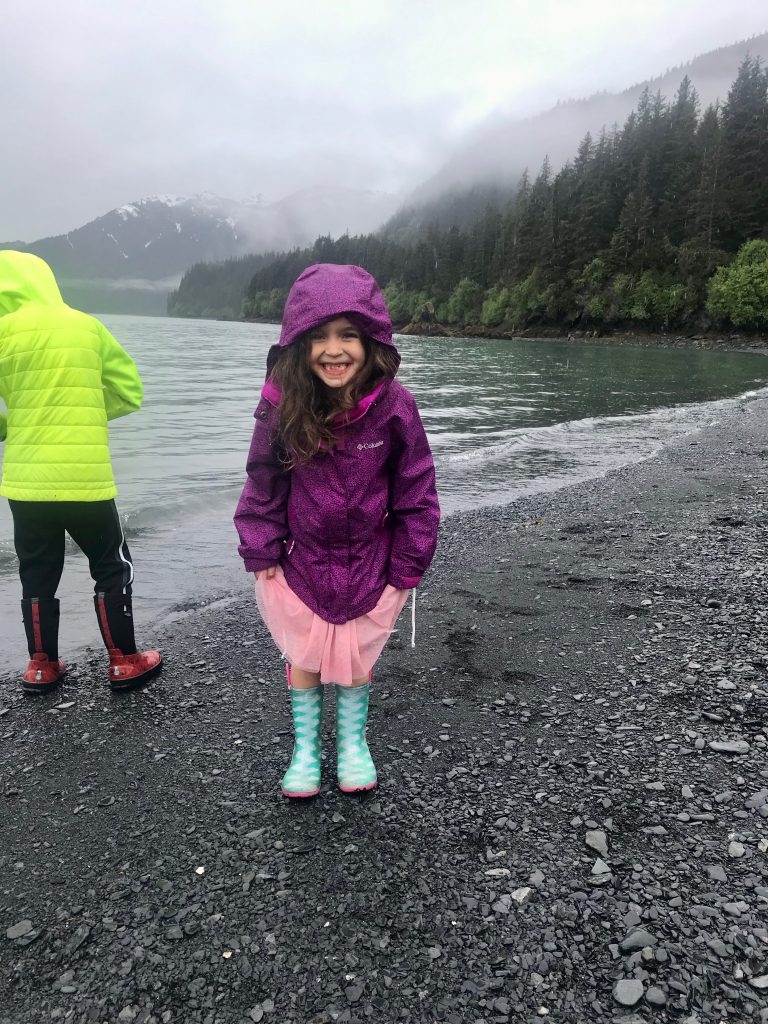 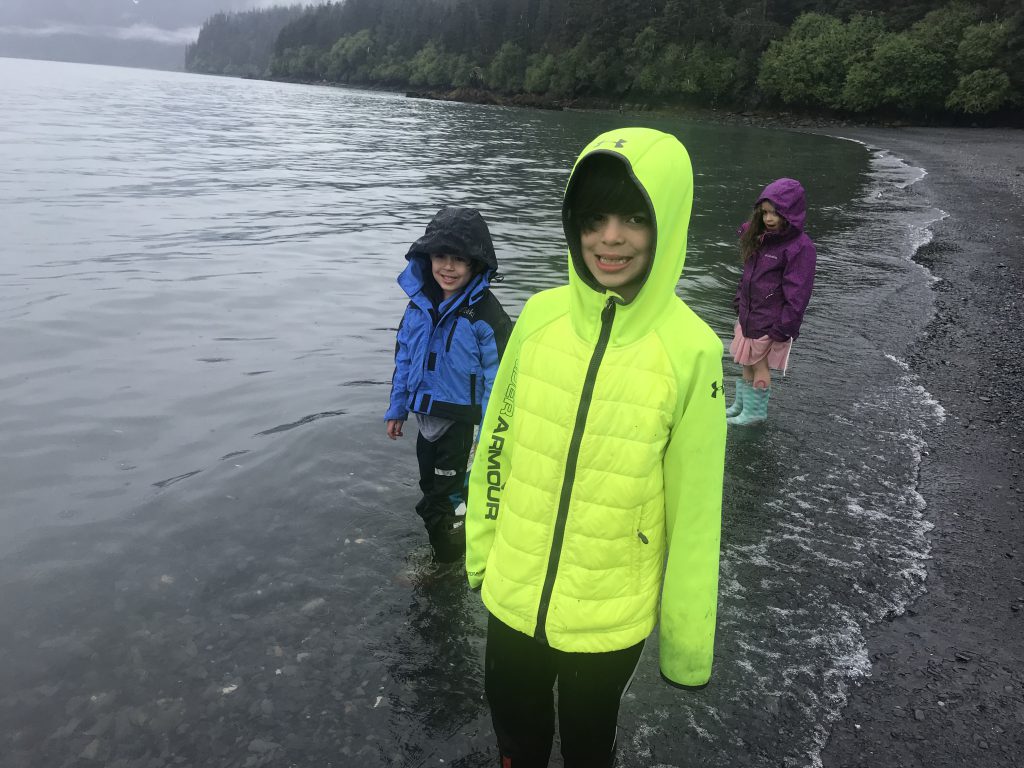 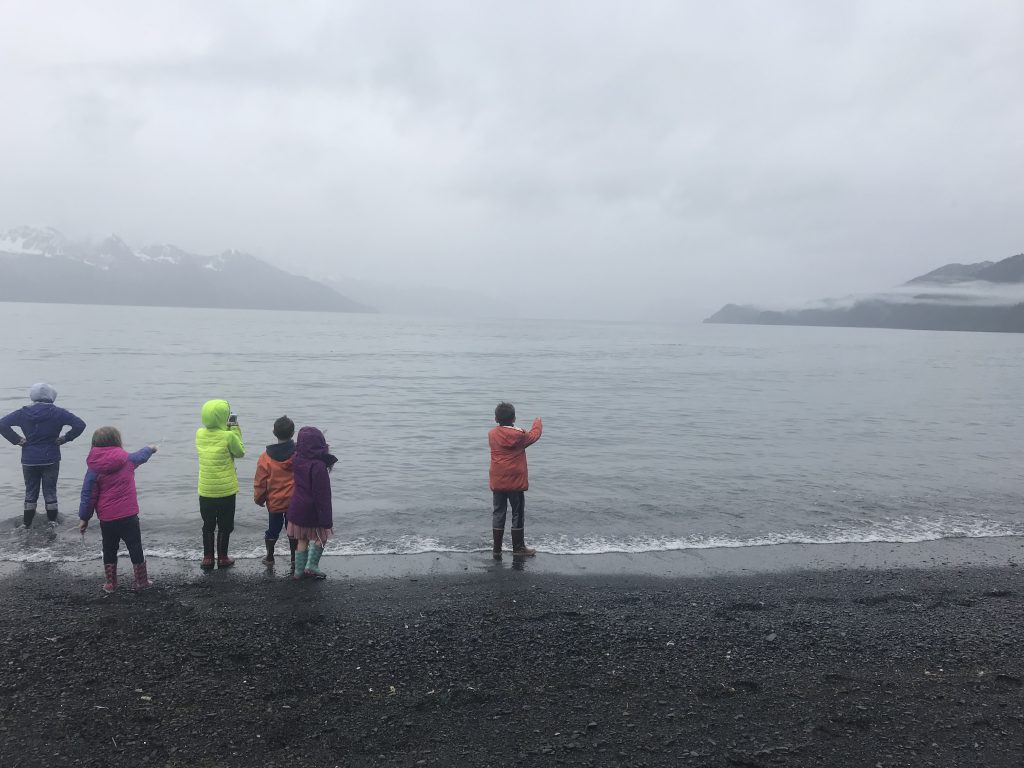 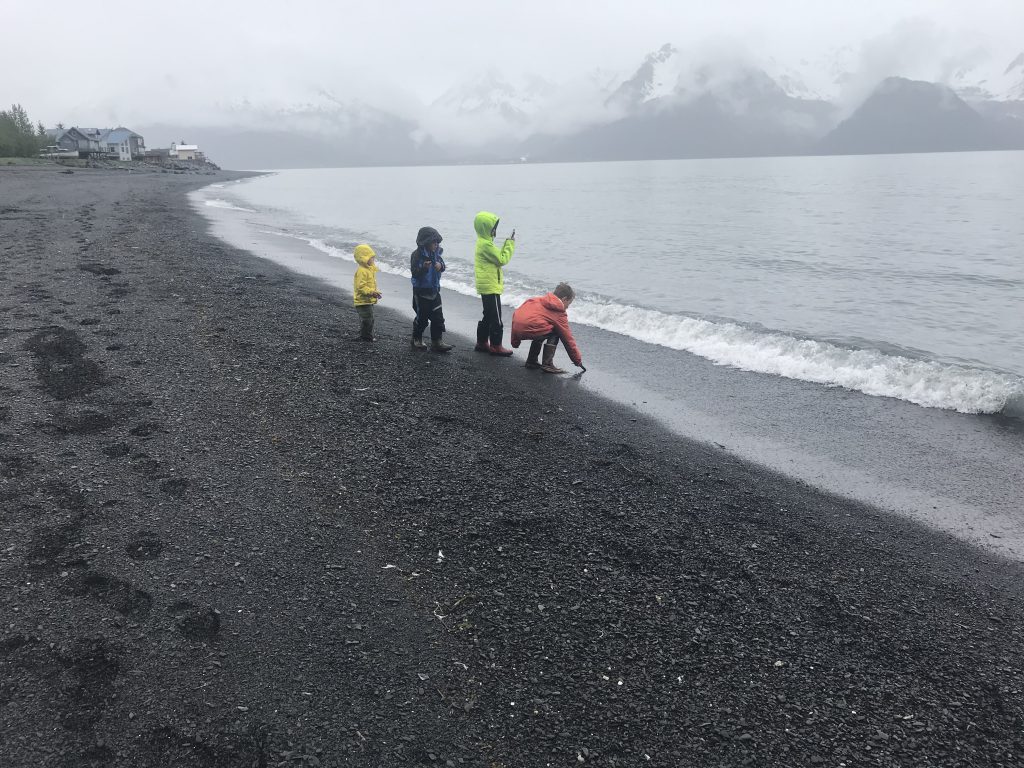 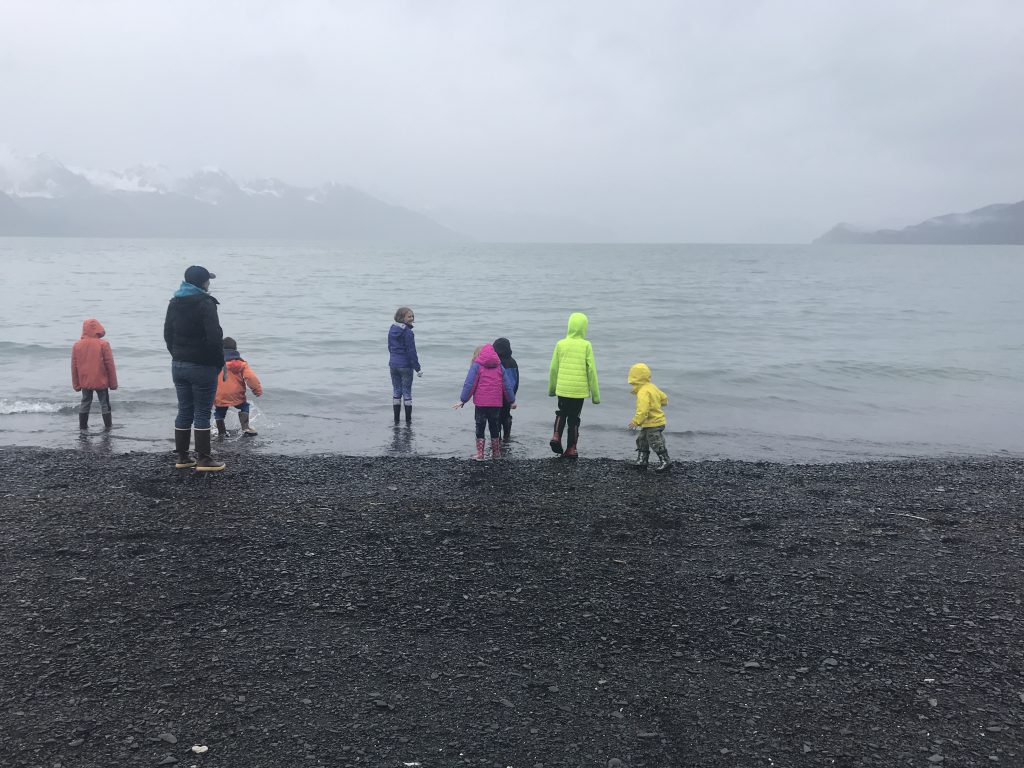 In summary, we had so much fun! We played at the beach and the kids got absolutely soaking wet. They found tons of dead fish and carried them around. We saw a group of about ten sea lions. They came right up close to the shore. Some of them stopped to look at us then they all swam away. Some of the kids climbed the rock formation. We saw two sea otters floating, and a bald eagle flew right over us. I’m so sad we didn’t get pictures of all of the wildlife!

After all that excitement, we went and visited the Seward Library. (Kaiya, it was your request, and warmed my soul. I love how you love to read and how you remember so fondly the Seward Library.) Then we went to Apollo’s for dinner again, and headed home.

Such a fun day. Thank you Aubrey, my dear adventurous friend, for showing us Lowell Point, even in the rain!