James and I just celebrated our 11th Anniversary! This prompted me to think back on our marriage, and as I reflected I decided I wanted to make a list of the events that have really shaped our marriage. Kids, I’d like you to know about these because you weren’t around for many of them, or were too young to remember. Here they are in chronological order:

1. The Utah House
Oh, the Utah House… We bought this house right when we got married. It was an old (1907 I think?) beautiful brick house. It was five bedrooms. I loved it because of it’s classic feel and because it had five bedrooms. I always wanted at least four kids, so I felt as we were buying it that it could be our forever house and we would never have to move unless we wanted to. Well, we ended up moving about four months after buying it. Over the years, this house brought us pain, after trouble, after financial setback, I recall having to deal with bugs, drugs, prison, a squatter, and eventually the house caught on fire and had to be completely redone. (That was a headache too.) After it was freshly redone we promptly sold it. As something always went wrong, we learned to expect the unexpected, and to brush it off. Even when something terrible happens it’s not the end of the world. Life goes on. This attitude has carried throughout our marriage. 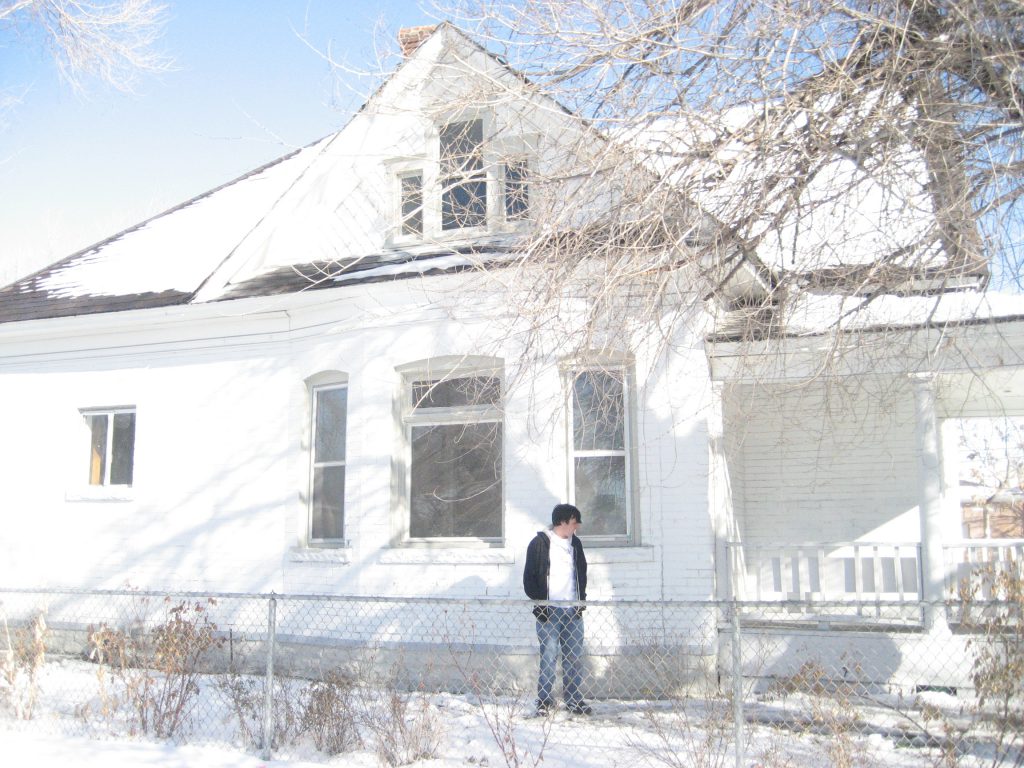 2. Mind Change & Miscarriage
We had moved to Alaska and were enjoying the newlywed phase of life when we were approached by a distant relative and asked to adopt her two year old child. She was a single mom, and had decided she just couldn’t do it, and it was in the child’s best interest to go to us. We thought long and hard and discussed, and decided we would be honored to. We wanted children of our own down the road, although we weren’t having one yet, but we were happy to start earlier than expected. Within days the precious two-year-old had been dropped off with us, and we quickly became parents. We got the spare bedroom ready for the little guy, bought the supplies we would need, and contacted and paid retain fees to a family adoption lawyer. We loved him. Two year olds are so stinkin’ cute. As we had the adoption paperwork drawn up and learned more about the system of adoption it became clear that it would be a long process, which we were fine with. We weren’t in any hurry. After a few months we were becoming used to being parents, and decided we were ready to expand our family. I became pregnant quickly! Not long after, about six months from when the little boy had been dropped off with us, I received a call from his mom that she changed her mind and wanted to raise him. This devastated us; we had grown so close to him. We gave him back to her just two days later, that week I also miscarried. This was an empty sad time for James and I. Experiencing these deep losses together bonded us. Only he and I felt the bottom depths of these sorrows; something that couldn’t truly be shared by anyone but us. 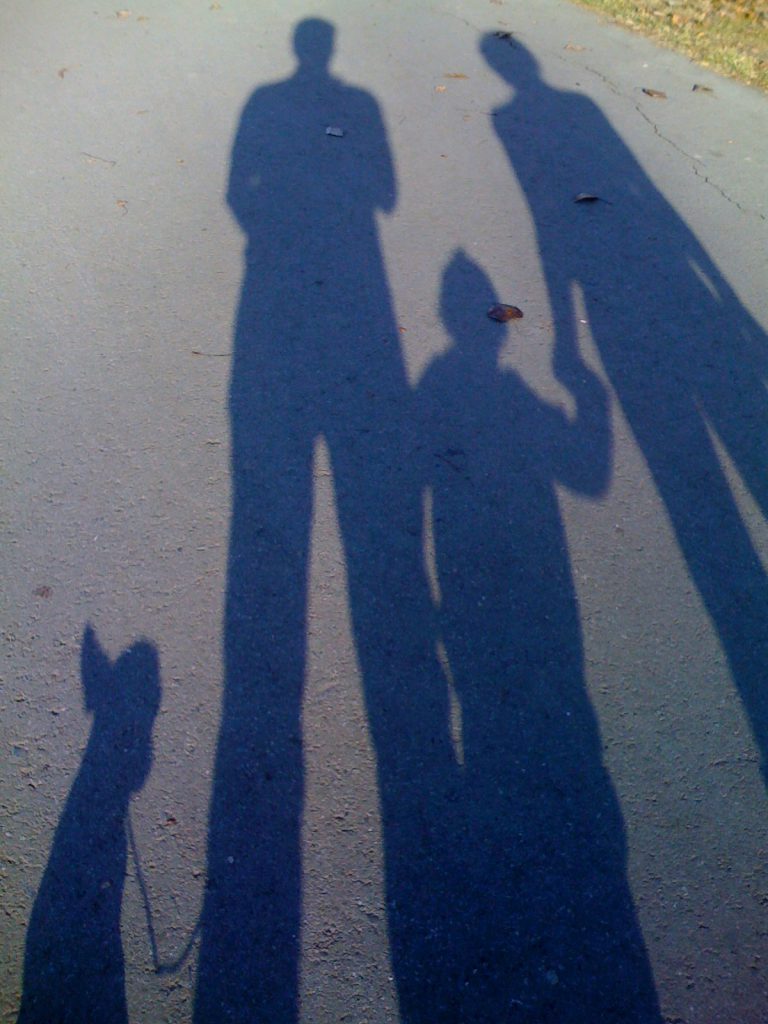 3. Having Kids
This is an obvious one. Sweet children, you have completely changed our world. Our whole lives revolve around you. We are your biggest fans. We love you. We think of you in every decision we make. We worry about you. We pray for you. We are trying our very best to be the best examples for you. Having you guys has changed every aspect of our lives. When you grow up and move out we will cheer that you’ve made it and won’t know what to do with ourselves without you here. 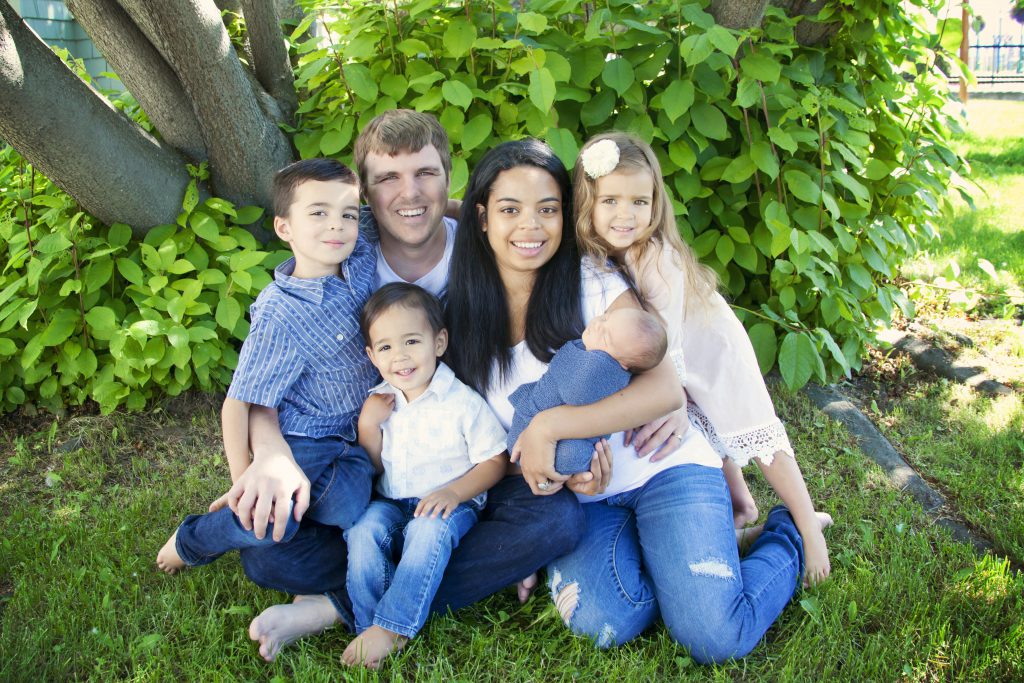 4. gMusic
With gMusic James showed me a new side of him. He had this idea for an app, wasn’t a very good programmer, but decided he was going to build it. With that, he went and he did. Every day after work like 8 p.m. to 2 a.m., and full time on the weekends he hacked. My memory isn’t the best, but I would ballpark he did this for seven or eight months. Non-stop, totally driven, totally dedicated. I knew he was trying to build a hit app, and I knew the chances of actually doing that were small. It is incredibly difficult to create an app, and have it become wildly popular. I thought of him like a struggling artist, putting so much work in, with the possibility fo no payoff. I was supportive of him, but honestly he did most of the work while I slept. Eventually he launched his App, and it was instantly successful. Time magazine included it in it’s list of top 50 Apps that year, and it made it to the Top 10 Paid Apps in the App Store. Watching him do this amazed me. The process of seeing him beat such unlikely odds, dedicating himself to learning a new specialized skill, and having the grit to work so hard on this night after night, showed me a lot about the strength of his character. 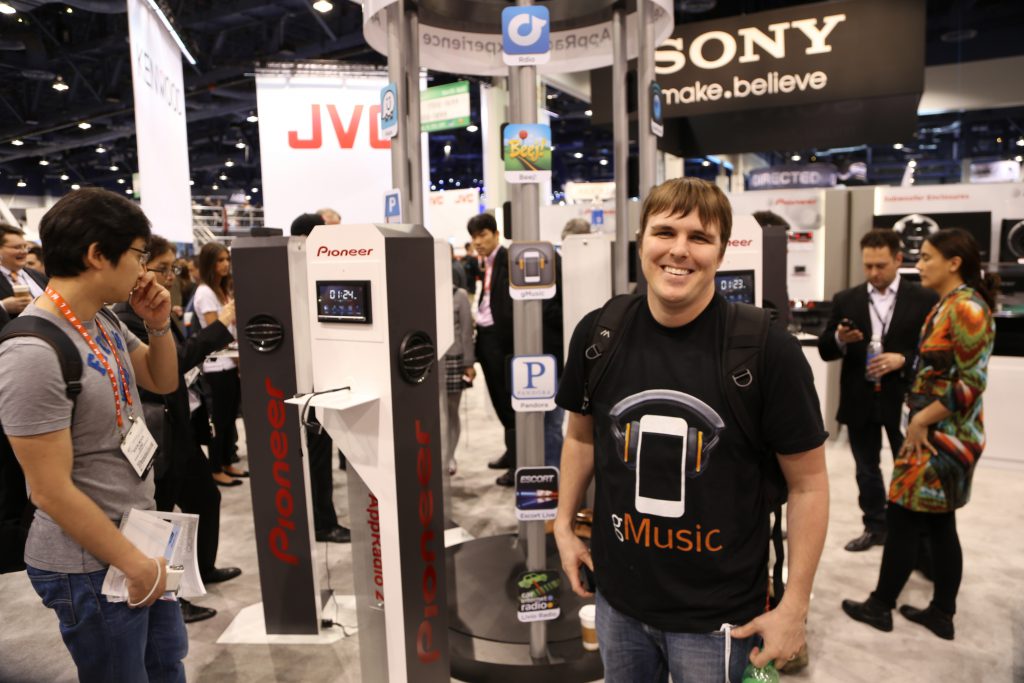 5. Working from Home
Shortly after Thomas was born James was offered a job opportunity working for a start-up based out of San Francisco. We were ecstatic for the opportunity, and James took the job immediately. (Looking back, we are so grateful it panned out because we didn’t realize the risk that joining a start-up is.) If I’m remembering right, the company was less had less than twenty employees who spanned eight countries. The biggest adjustment for us was having James work from home full time. When your spouse works from home, all of the sudden you’re spending too much time in too close proximity. It’s been about eight years and he still works from home. It is still hard to spend so much time together, but it is also wonderful. We are so used to it now, that I think we both enjoy it more than we would if he worked away from home. I don’t know. It’s a toss up. Just last week we were discussing if he should rent office space in a building to make it easier on us… Either way it has brought us closer as we have spent more time together. 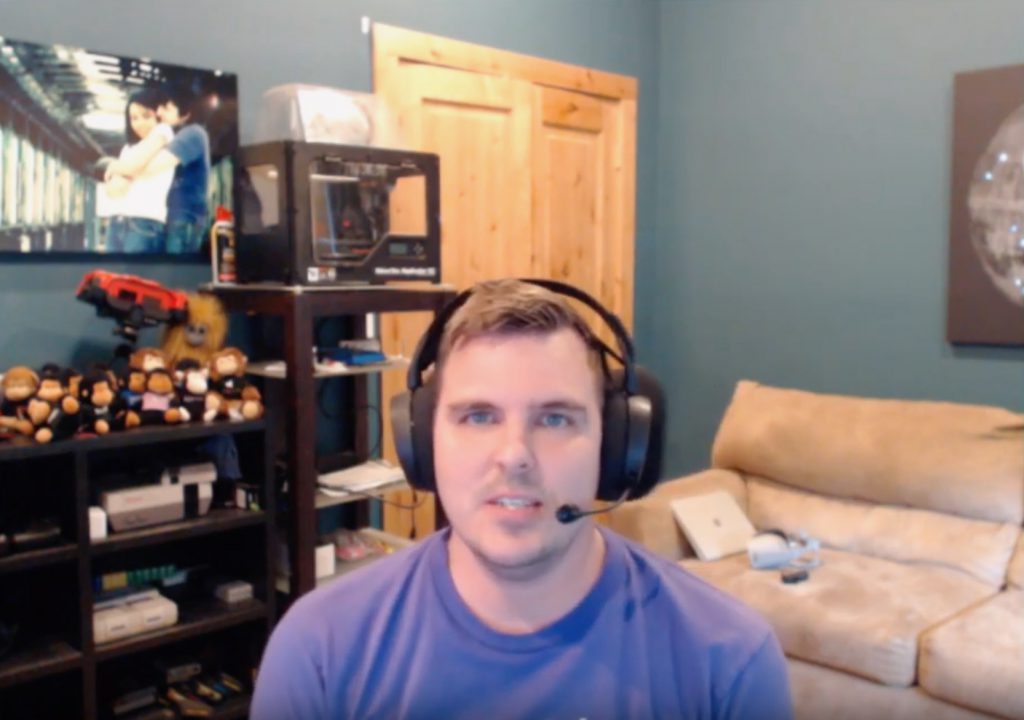 6. Moving to California
When we decided to move away from Alaska, we looked at a map and picked Sacramento, California. It was close enough for James to travel to work in San Francisco, but far enough to not cost a fortune, the temperatures were warm, and we could drive to a beach if we want. There were many places that met that criteria, but we ended up in Sacramento. We only lived in Sacramento for 18 short months before running back to Alaska. In Sacramento, James and I truly learned how to lean on one another. We had some rough times: During this time I started and failed my first business. James started traveling for work. gMusic was interrupted by google’s free app. Although the move was terrible for us financially, it was fantastic for our young family. We had to define the identity of our little family, without influence from extended family. Here is where we formed the habit of daily family scripture study and prayer. Where I realized I could screw up and lose our entire savings, and James wouldn’t hold it against me at all. Here is where we bonded in a way that can’t be undone. 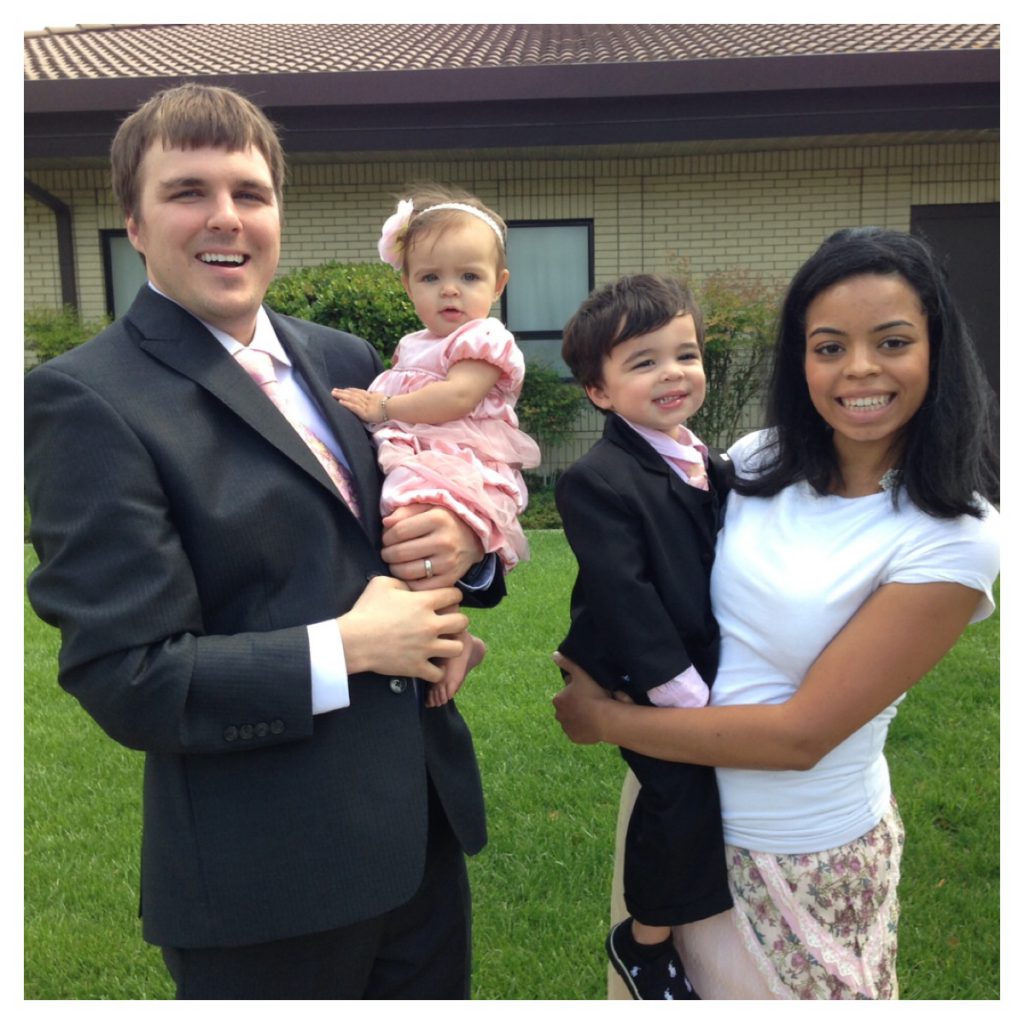 7. James Traveling for Work
Once I got good and used to James being home all the time, he started traveling. The startup began growing rapidly and his position expanded to include traveling for conferences and to assist clients wherever they were. As “hard” as was having James home all the time, it was harder having him gone all the time! Even now, he travels regularly. However, I have come to be grateful for his traveling. There is complete truth in the sayings, ‘Distance makes the heart grow fonder’ and ‘You don’t realize what you have until it’s gone.’ I am grateful for James, and each time he goes away, I I am grateful to be reminded how much I love and appreciate him. 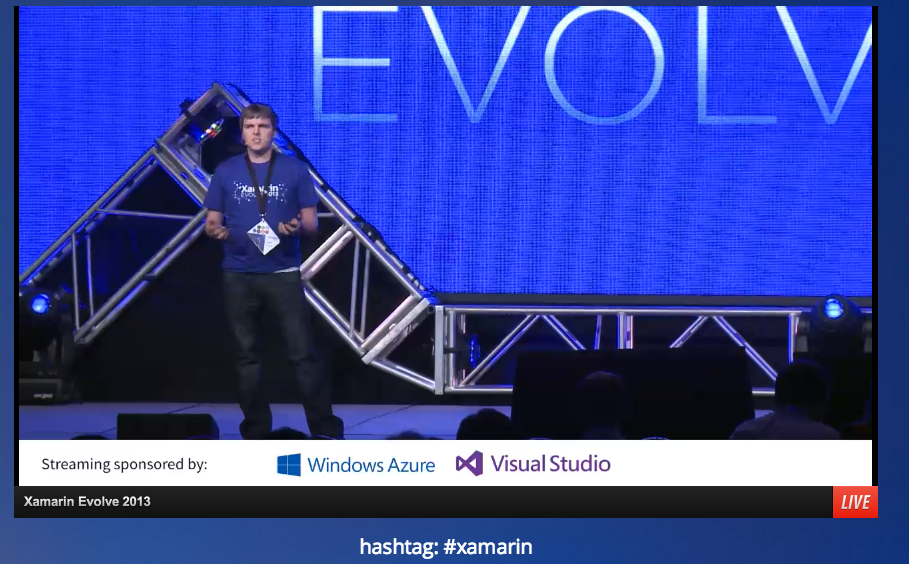 8. The Hut
I should have looked at my list better. The end of #6 sums it up. My business (called the Hut) would have been the thing that could have destroyed a marriage. It didn’t destroy us. My husband is my real life hero, through that experience he proved to me he’s sticking with my through eternity. When self-inflicted bad times come, we’ll move on.

9. 5th (or 7.5) Anniversary Cruise
When we got married, I told James I wanted to go on a cruise to celebrate our 5th Anniversary. When the time came around, I was about to open my store, we had two kids under three, and a cruise was the furthest thing from our minds. At our seven and a half year anniversary though, we went. At this point we had three kids, had moved back to Alaska, were starting to rebuild our savings, and James was still traveling for work a lot. So the idea of taking a vacation without our kids was a bit of a thrill. I distinctly recall being scared to leave the kids, and scared about what our relationship would look like with only the two of us. We hadn’t had 24 hours without children around since Thomas was born. A lot had changed since our newlywed days. It turned out there was no reason to be anxious. We still enjoyed spending time together. The only hard part was coming home. 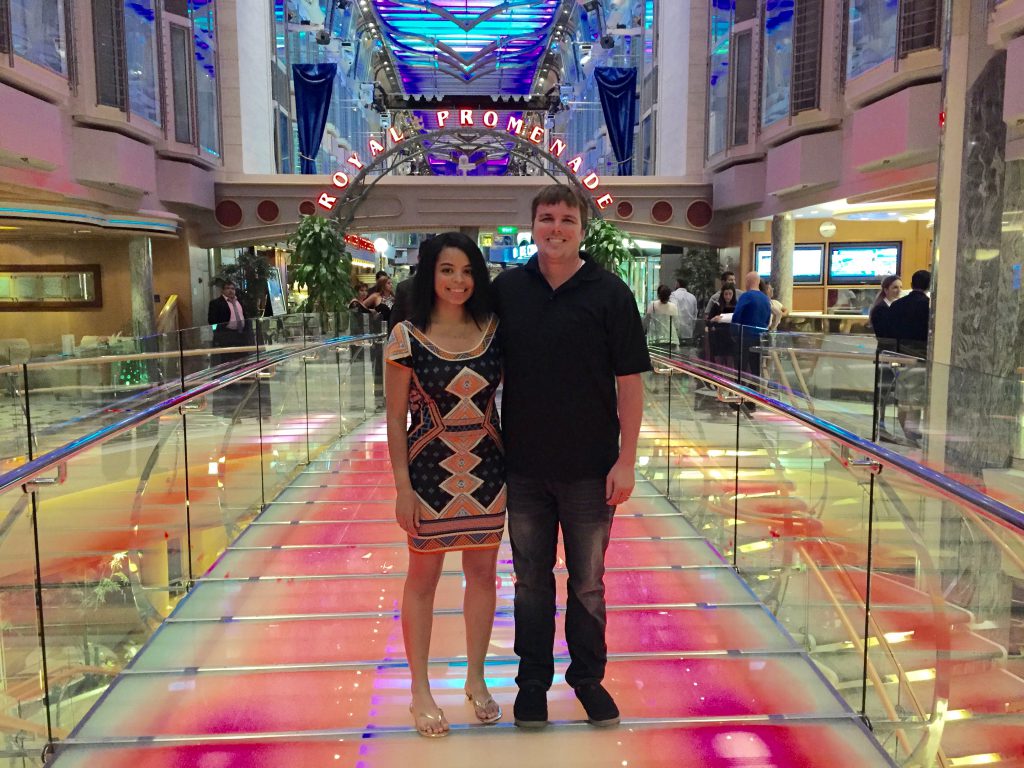 10. James’ Car
It’s a really interesting thing to me that this made it on the list, but here we go. James wanted this car, I did not. He did, I didn’t. He really really did, I really really didn’t. He assured me it would save us gas money, I assured him it wouldn’t make up for the price tag. He tried convincing me it would handle better in the snow, I tried convincing him any AWD would handle better in the snow. He told me how much he would love to drive it, I told him he works at home and has literally no where to go. Three years it went on like this. Anyways, the reason it made my list is because now that we have it, it taught me some things. Namely, that if your spouse really really wants something, and you really really don’t, it can be okay to give in. I am always sensible one of ‘us’. After blocking the expenditure for so long, it actually felt very freeing to let it go, and let him get it, no strings attached. It also felt good to make him happy. A car wouldn’t bring me the happiness brings him, but now that it’s done, I truly enjoy seeing him finding joy in this thing. And I hope to do it more often. I’ve realized nonsensical things can bring joy and I am glad I’ve been able to see him experience this joy. 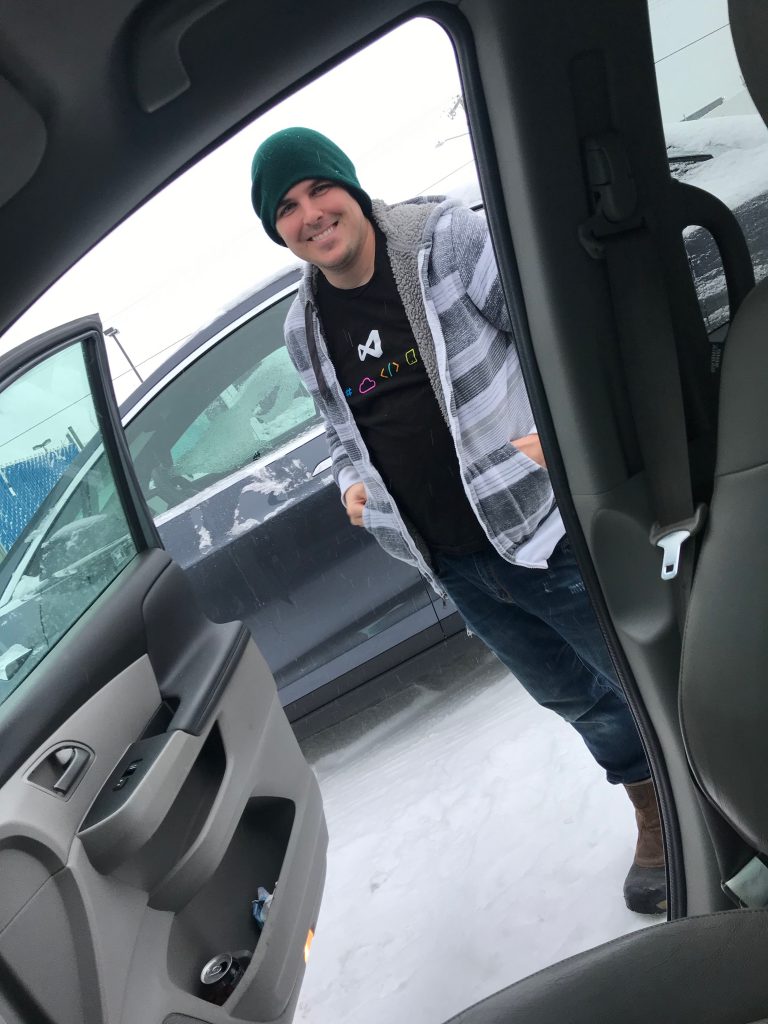 11. 11th Anniversary Celebration
Lastly, this just happened, but I thought it appropriate to finish off the list. The last anniversary I recall celebrating was our 3rd. Birthdays, haven’t celebrated them at all that I can recall. Valentines days? No way, way too much hassle. We’ve got four kids and a dog now! Well, a few months ago I told James I’d like to start celebrating again. Life has become a little mundane… I didn’t really thing about it again. Until this week when James surprised me with an anniversary dinner, babysitter already arranged. I was so choked up that he remembered my comment. I had long forgotten it. This seemingly small gesture gives me a great hope that our marriage is still unfolding and more growth is ahead. 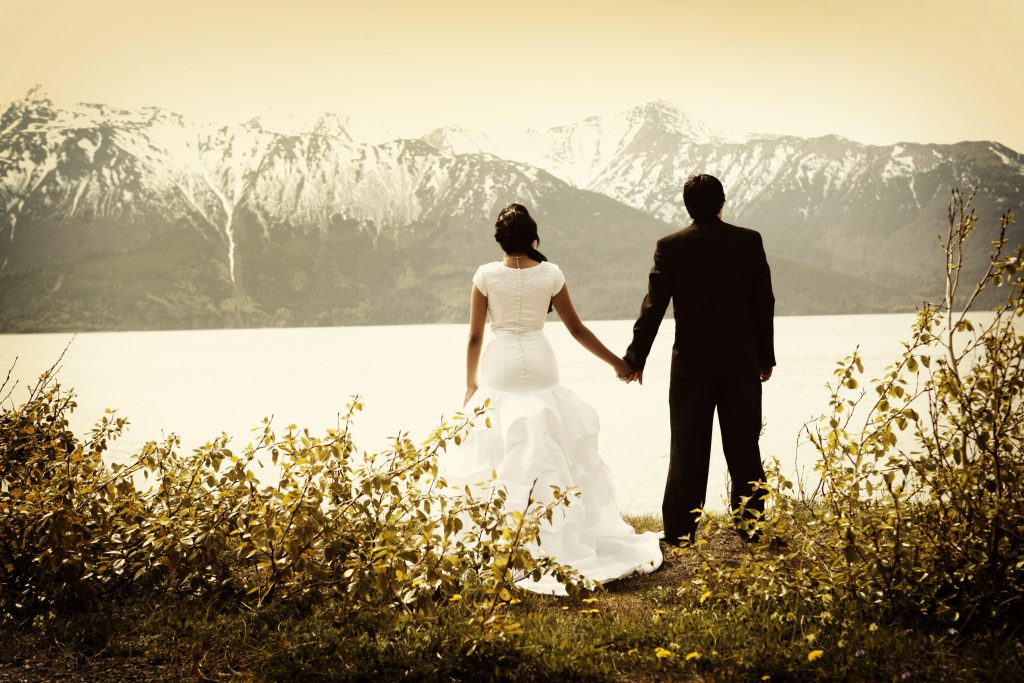